Industrial production of animal products is a source of diseases and the next pandemic might spark from poultry, say the world’s leading authorities in emerging zoonotic diseases.

Already in 2004, the World Health Organization (WHO), the Food and Agriculture Organization (FAO), and the World Organization for Animal Health (OIE) had declared that the primary cause of pandemics is to be found in “increasing demand for animal protein” which leads to an escalation in animal intensive farming.

Particularly, the current growing demand for white meat and thus the intensive chicken production threat the next looming pandemic in the poultry sector, according to global health experts.

The American Public Health Association recently called for a de-intensification of intensive animal factory farming to prevent future pandemics risks, and a paper in the Annals of the New York Academy of Sciences suggested to lower densities of animals within factory farms.

“Yet, bizarrely, despite the global scientific community’s recognition that both the current pandemic and forecasts of even worse future pandemics are directly linked to intensive production of animal products, ceasing to eat meat, or at least radically limit the quantity eaten, remains largely ignored as a preventative measure,” Raphaely added.

In fact, despite the FAO’s prediction that COVID-19 will cause the biggest retreat for global meat-eating in nine years, experts have not witnessed a real drop in demand.

“There is no clear evidence or reason to believe the current pandemic has in any way made a meaningful impact on the way humanity considers the consumption of animal products,” continued Raphaely. “This wide-spread general lack of awareness and connection I find terrifying because individual food choices don’t just affect our personal health but our global health.”

A reduction in meat consumption not only would prevent the risk of future zoonotic diseases, but also have immediate benefits for the environment by reducing greenhouse gas emissions, land use and water pollution.

Professor Dora Marinova, director of the Curtin University Sustainability Policy Institute, explained to SmartGreen Post that livestock is a major source of methane, a greenhouse gas which has an estimated 84 times higher global warming potential than CO2.

Also, over 27% of the available land on this planet has been converted for animal grazing and animal feed production, compared to only 7% of land used for direct human consumption.

“By doing this land conversion, humanity is encroaching and destroying the habitat of other species,” said Marinova. “We have little respect for their needs and also how important biodiversity is for us and this planet.”

However, an increase in food innovations and meat substitutes shows that the change might come from within the industry. Even the world’s major meat producers, such as Perdue, Tyson, Cargill and Smithfield, recently joined the meat-reduction revolution by launching on the market new plant-based alternatives.

Particularly during COVID-19 ‘faux meat’ consumption spiked with sales in America increasing up to 264% since March. In fact, while farmers and slaughterhouses were struggling to respond to the outbreak, companies like Impossible Foods and Beyond Meat could scale up their production of meat substitutes.

“COVID-19 is a warning and a call for humans to reconsider and re-conceptualise their relationships with nature,” said Marinova, “to re-embed and re-integrate ourselves back in nature and live psychologically and technologically within the Earth’s natural systems, including our food production.”

Both her and Raphaely have faith in the changes in the industry, grassroots groups, and new generations’ awareness, but they agree that governments play a crucial role in directing consumers’ food choices.

They believe that the issue has not been addressed with appropriate urgency and call for a more transparent communication about the link between diet, climate change and pandemics.

“Only when governments, global leaders, and leadership bodies have the courage to step up and communicate the science and the truth and stimulate and incentivise change, will there be widespread responsible, ethical dietary choices and increasing global environmental and human wellbeing,” concluded Raphaely. 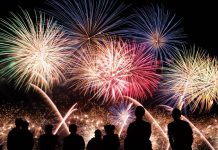 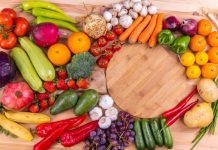 Sun acne: how to prevent summer pimples with natural remedies