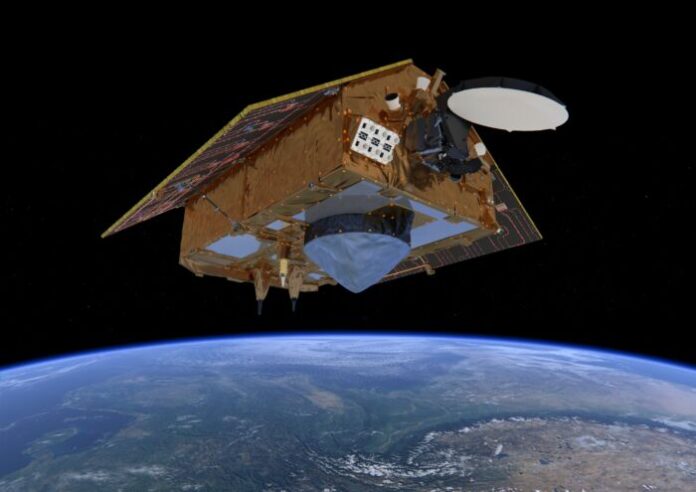 The new satellite that will monitor the height of the oceans and their changes in relation to climate change is in orbit. This is the satellite Sentinel 6 of the European Copernicus program and NASA. There are many expectations from the mission that it will measure the sea level with unprecedented precision, which is at the top of the list of main concerns related to climate change.

The mission, launched with SpaceX’s Falcon 9 rocket from the Vandenberg Air Force base, in California, is a collaboration between the European Space Agency (ESA), the European Commission (which manage the Copernicus program), EumetSat which manages the European satellite network meteorological, Nasa, American Agency for the atmosphere and oceans (Noaa), with the support of the French space agency Cnes.

Named Michael Freilich in honor of NASA’s former Director of Earth Sciences who played a key role in the development of space oceanography, the satellite is equipped with highly accurate radar that will measure the height of the oceans. It will also monitor wave height and wind speed to understand changes due to global warming.

The ocean plays a crucial role in regulating the Earth’s climate by acting as a carbon sink. However, just as it is key in fighting climate change, it is also being disproportionately impacted by global climate change.

The excess levels of CO2 being absorbed by the ocean are causing ocean acidification, a significant increase in sea temperature, decreasing sea ice extent and sea-level rise.

Sea-level rise endangers millions of people around the world in low-lying countries and areas. According to the Copernicus Marine Environment Monitoring Service’s annual Ocean State report:  “Over the last 25 years, global sea level has seen an increase of about 3.3 ± 0.4 mm/year. This equates to a total global increase of about 8 cm. About 30% of this rise can be attributed to ocean thermal expansion, the other 70% being largely due to land ice melt, where land ice includes glaciers and the Antarctic and Greenland ice sheets”.

Accurate and reliable measurements of sea-level height is therefore essential for understanding how the ocean is changing, for climate science, policymaking and for protecting the at-risk populations.

Sentinel-6 Michael Freilich data will also benefit the Copernicus Climate Change Service (C3S), operated by ECMWF on behalf of the European Commission, and climate science in general. Ocean surface topography measurements are essential for understanding how the ocean stores and redistributes heat, water and carbon in the climate system. Improving our knowledge and understanding of the role of the ocean in climate change will be crucial in the context of the 2015 Paris Agreement.

The mission includes two identical satellites, Sentinel-6 and Sentinel-6B. The latter will be launched in 2025 to ensure continuity of the measures, at least until 2030. Over the last three decades, the Franco-US missions Topex-Poseidon and Jason, in combination with the European satellites Ers, Envisat, CryoSat and Sentinel-3 , showed that ocean levels have risen by about 3.2 millimeters on average per year and that in recent years the rate has increased to 4.8 millimeters per year.

From Sentinel-6 measures are expected that will help to define even better the level and rate of rise in the oceans. “This is an extremely important parameter for climate monitoring – said Josef Aschbacher, ESA’s director of Earth observation – we know that the sea level is rising, but the big question is how fast”.

From engineer to environmental guide: my eco-friendly life