Not only palm oil, coconut oil also ends up in the crosshairs of scholars, who highlight its high environmental impact during production. Famous for its almost therapeutic and aesthetic properties, coconut oil is a fat obtained from the seeds of the Cocos nucifera plant, very common in tropical areas and in some areas of the Mediterranean. The fruits of this plant, coconuts, are the raw material for the production of oil, which in the last decade has spread a lot thanks to its medium-chain fats, unique compared to other types of fats and able to bring many benefits to the body.

However, a study, published in the scientific journal Current Biology, highlighted the harmful environmental impact of coconut oil production and its links with the palm oil industry, which in recent years has received negative attention and has been boycotted. by consumers especially for contributing to deforestation in Southeast Asia. Coconut oil, on the other hand, has become increasingly popular as a healthy food with fewer cultivation problems.

The study, however, seems to disprove this view, highlighting the impact on native animal species due to deforestation due to coconut oil production. As many as 18.6 species per million tons of oil produced would be seriously threatened, almost 5 times more than palm oil.

Both are found in almost all products, from food to cosmetics, although the palm is more widely used as it is cheaper and more versatile.

“The production of both crops is destructive when it comes from the wrong areas, such as forests, peatlands and areas of high conservation value,” said Chandra Panjiwibowo, National Director of Rainforest Alliance Indonesia.

The devastating impact of palm oil on deforestation and biodiversity loss has been widely documented while studies related to the production of other edible oils, such as coconut, olive and soy are still scarce. The analysis published in Current Biology, which linked the production of coconut oil to the extinction of the Solomon Islands’ flying fox Ontong Java, played on this data. Among other threatened species, also the rat-deer Balabac, endemic to three Philippine islands.

However, other researchers say the study returns a misleading image. In fact, the vast majority of threatened coconut palm species live in small island nations that together account for only 8 percent of global coconut oil production, says Meine van Noordwijk, senior researcher at the World Agroforestry Center.

Van Noordwijk also notes that coconut palms are often planted alongside other crops, so it is difficult to calculate crop damage. “We need more precise spatial analysis to discern which crop is driving deforestation,” he says. 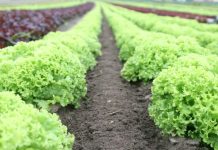 Tourism: nature and the outdoors are the new trend for 2021