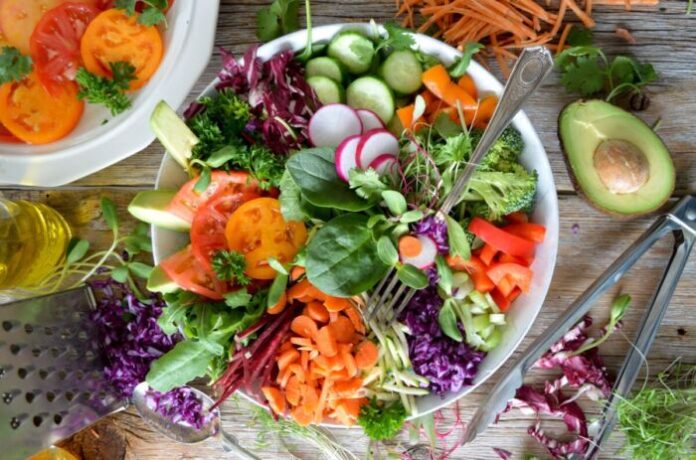 We cannot avoid it, we have to eat every day. However, our eating style, which involves increasing meat consumption, has negative effects on climate change. The fight against global warming begins at the table with what we choose to put on our plate. Preferring natural foods, fruit and vegetables, zero kilometer products is certainly a way to help the environment as well as our health. The real difference is the elimination of red meat, as highlighted by numerous studies.

“A diet without meat products can reduce greenhouse gas emissions by 49% and water footprint by 19%,” Galen Karlan-Mason, founder and CEO of GreenChoice, a shopping app, told CNN. which helps consumers make informed choices about sustainability and nutrition, citing a 2018 study in the journal Science.

Karlan-Mason listed a number of factors that make industrial agriculture one of the most environmentally burdensome processes in global food production. “We have monocultures of corn and soy that become feed for livestock, we exploit natural resources, land and water, for them and in return we only have large emissions of methane and greenhouse gases”.

Plant-based meats, however, are not a one-to-one substitute for burgers and sausages. “Soybean production ranks second to beef in environmental damage – we’re replacing first-degree murder with second-degree murder,” said Douglas Murray, associate professor and chair of the food and nutrition studies department at Montclair State University of New Jersey.

From a nutritional standpoint, soybean meat may be as high in saturated fat as a beef burger and contain higher levels of sodium but, according to Harvard Medical School, this shouldn’t become an excuse to eat veggie meat every day because its production however damages the environment.

Vegetarian protein sources are the obvious substitute for meat but it is better to take them from unprocessed products, first of all from legumes and then from fruits and vegetables, whose production is less impacted than preparations based on vegetable meat, fish, eggs and dairy products.

The vegetarian diet includes high-protein foods such as beans, lentils, green leafy vegetables, quinoa, and other unprocessed ingredients. Replacing beef with one of these foods is a small change that can also have a positive effect on health. In fact, several studies have shown that there is a correlation between vegetarian diets and sustained weight loss, as well as lower risks for some types of cancer and heart disease.

Eggs are a valid alternative to meat, more respectful of the environment, but better to prefer organic ones or, when possible, zero-kilometer ones. As for non-dairy milk, Karlan-Mason recommends oat, soy, and hazelnut milk as the best alternatives. Yes to almonds, which require a lot of water to make but can be considered zero impact as their trees store carbon instead of emitting it. And the water consumption of trees is much less than the amount of water needed to produce beef and other animals.

And the fish? Like any other food, local and sustainable options are always the best choice when it comes to fish. “There is a lot of rampant overfishing affecting fish stocks around the world,” Raghav said, so it’s good to inquire before buying and eating fish. According to a study, eating fish could help protect the aging brain from air pollution. Farmed shrimp are the only food to avoid as “shrimp farms are the main driver of mangrove deforestation,” Raghav said, noting that mangroves are one of the most carbon-rich ecosystems on the planet. Better to consume smaller fish such as anchovies and sardines than large fish such as tuna.

If that sounds too complicated or unnecessary to really make a difference, remember that “what consumers can do is drive demand,” Murray concludes.