From time immemorial, the Earth has housed, nurtured and cared for us. Myth tells us about the relationship between Nature and the Divinity that governed the cycles of life-death-rebirth and how we wanted to break away from the rhythms of Gaia (also called Gaea), the primordial goddess who personified the Earth in Greek mythology.

The lust for power and the obsession with domination have produced lethal effects on Humanity and the supposed “corrections” produce even more serious imbalances. We cannot delude ourselves that our health, understood as psychophysical well-being, can be entrusted to manipulations that operate outside and against Nature. We must rediscover an understanding of the profound relationship we have with the Earth and tap into its vital energies through a new wisdom.

I will sing Gaea, the universal mother, with firm foundations,
most ancient, who nourishes all beings […]
Thanks to you men are fruitful with children, and rich in harvests
Lady; it is in your power to give or take life
of mortal men…

Despite the progression of the patriarchal view of the cosmos, what makes the Earth holy, its power to generate and preserve Life, continues to be recognised and revered among peoples of different cultures.

The cult of Mother Earth, a journey to the origins of the myth

In prehistoric times, goddesses were worshipped for their association with fertility, fecundity and agricultural abundance. Priestesses held sway over various religious aspects of the Incan, Assyrian, Babylonian, Slavic, Germanic, Roman, Greek and Indian civilisations for millennia before the onset of patriarchal religions.

The Great Mother, also Great Goddess, or Mother Goddess, is a primordial female deity, found in very diverse forms in a wide range of cultures, civilisations and populations in various areas of the world since prehistoric times.

Her figure, which refers to the maternal symbolism of birth, creativity and fertility, continued to be known, for example, to the Phoenicians as Ashtoreth, in Mesopotamia as Ishtar, to the Semites as Astarte, in Arabia as Atar, to the Egyptians as Hathor, to the Greeks and Romans as Cybele, and others.

Connected to the cult of Mother Earth, it expressed the endless cycle of birth-development-maturity-decline-death-regeneration that characterised both human lives and natural and cosmic cycles. In Andean mythology she is known as Pachamama, among Australian aborigines as Kunapipi.

World Earth Day is a day to celebrate the environment and the preservation of planet Earth. The United Nations celebrates this occasion every year, one month and one day after the spring equinox, on 22nd April. The celebration now involves 193 countries. Earth Day actually originated with the publication in 1962 of the environmentalist manifesto book ‘Silent Spring’ by US biologist Rachel Carson, a book that represented a watershed moment as it raised public awareness of the worrying environmental situations and the inextricable links between pollution and public health.

But the breakthrough came only in 1969 following the environmental disaster caused by an oil spill from the Union Oi well off Santa Barbara, California. Senator Nelson pointed out at the time that:

“All people, regardless of their ethnicity, gender, income or geographical origin, have the right to a healthy, balanced and sustainable environment“.

So it was that on 22 April 1970, at the invitation of the senator himself, 20 million American citizens took to the streets to demonstrate in defence of the Earth.

This is how Earth Day was born, and just think that, even back then, it was called “a question of survival“. Today, 52 years later, we can only see that the situation has worsened and there is so much to do to save the planet and ourselves.

We at SmartGreen Post also work every day for the good of our Mother Earth, with the means we have, providing information and suggesting concrete actions to help the planet. One day is certainly not enough, but it’s a start, especially if every year on this very occasion we manage to make more people aware of the importance of changing course, adopting a change that must first of all start from our daily lives, through small choices that are only apparently small but that can actually make a difference.

This day should therefore be an incentive to remind ourselves of the ultimate goal, to be achieved gradually day by day: a world in which renewable sources replace fossil fuels, consumption is more sustainable, no more toxic pesticides are used, there is equity in the distribution of resources, animals are not exploited, and intensive farming does not destroy precious forests or indigenous lands.

Public and private educational institutions play a key role in educating children from an early age, and there are indeed many educational projects aimed at eco-sustainability. An equally important role is played by parents and families, who must take responsibility for educating them to love Mother Earth and her children.

We belong to the Earth, it is not the Earth that belongs to us. And like us, all humanity and every form of life belongs to the Earth: plants and forests, fruits and flowers, rivers, mountains, animals of all kinds. St Francis of Assisi called it sister and mother, who governs us and gives us sustenance.

Even Pope Francis in his encyclical “Laudato si’!” strongly invites all humanity to care for the common home that is sister and Mother Earth through the biblical mandate to “guard and cultivate” the garden of the world (LS67).

We forget that our own bodies are made up of the elements of the planet, its air is what gives us breath and its water vivifies and restores us.

In conclusion, harming our Mother Earth is tantamount to harming ourselves, or rather more than harming the Earth – which will somehow continue to exist without the human species – we harm humanity, we destroy human life on Earth. That is why if the Earth is our Mother, we are her Children. We must learn to respect Mother Earth as we respect our biological mothers.

For us at SmartGreen Post, World Earth Day is every day since, for the past three years, we have been contributing to change, convinced that the situation can be changed if each of us makes a personal commitment.

Man is the most insane species: he worships an invisible God and destroys a visible Nature.
Without realising that the Nature he is destroying is the God he is worshipping.
(Hubert Reeves) 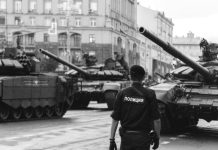 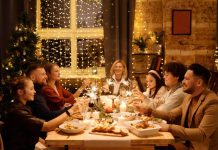 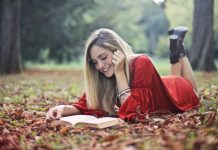 Urban farming: Poty, the vertical vegetable garden that you can grow on your home...

We only have 7 years to save the planet: let’s not waste them