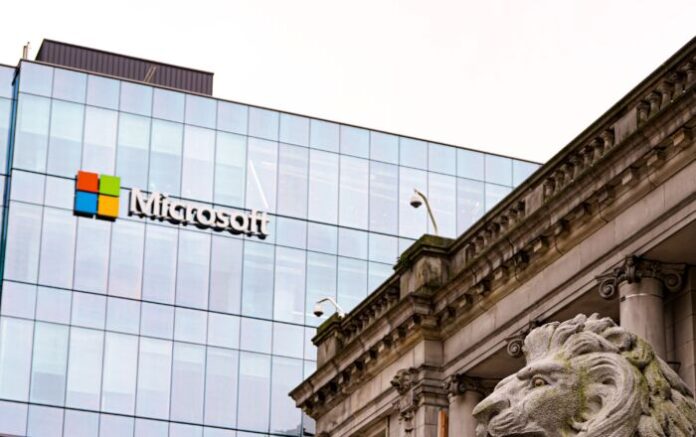 One year after Microsoft’s announcement of the plan capable of making the company “carbon negative”, here are the first results presented in the company’s Sustainability Report.

The challenge of modern society for the present and above all for the future consists in trying to make economic development compatible with environmental protection as much as possible. In short, we are talking about sustainable development.

In this regard, a year ago, Microsoft announced and confirmed its commitment to the environment. The company’s green mission is not limited to reducing environmental impacts, but aims to capture the tons of carbon dioxide present in the atmosphere for centuries.

According to the company, it is not enough to reduce CO2 emissions, but it is necessary to capture the two thousand billion tons of carbon dioxide present in the atmosphere, which have been produced from the period of the industrial revolution until today.

Microsoft, already considered “carbon neutral” since 2012 (since it offsets polluting emissions with payments to incentivize their removal from the atmosphere), aims to obtain a 100% renewable energy supply by 2025 and to become, by 2030, “carbon negative” (removing more carbon than its emissions).

Finally, by 2050, the goal is to absorb all the carbon dioxide emitted since the year of foundation, i.e. since 1975. In this way, by eliminating its carbon footprint, the company could be considered as never having existed from an environmental point of view.

Microsoft’s first results: here are the data from the Sustainability Report

A year after Microsoft’s announcement, the first results of the company’s plan were presented in the Sustainability Report. The plan mainly focuses on 4 areas: carbon, water, waste, and ecosystems.

As previously mentioned, one of the main objectives of the company is to become carbon negative by 2030. The Sustainability Report specifies that, in order to achieve this result, it will be necessary to reduce direct and indirect emissions from company activities, favoring the use of renewable energy sources, which would minimize the environmental impacts of electric vehicles compared to those attributable to traditional vehicles. In this regard, the first interventions guaranteed a 6% drop in emissions. In addition, Microsoft has invested in technologies capable of removing approximately 1 million tons of carbon dioxide from the atmosphere by the summer.

For the second point, Microsoft announced that it has started work together with NGOs (non-governmental organizations) to ensure access to drinking water for more than 1.5 million people. Furthermore, the company aims to become “water positive” by 2030. This means that Microsoft will replenish more water than the amount consumed.

The company’s goal is also to reduce and minimize the waste produced by company activities. In fact, in 2020, Microsoft recorded a reduction of 60,000 tons of solid waste that would otherwise have been destined for landfills and incinerators.

Finally, with regard to the point relating to ecosystems, by 2025, the goal is to restore more land than is actually used by company activities, protecting ecosystems at risk. Moreover, with the collection of 10 petabytes of data on the environment, thanks to the Planetary Computer, it will be possible to support initiatives capable of protecting ecosystems and biodiversity.

The Sustainability Report demonstrates Microsoft’s commitment to the environment. A concrete and real commitment highlighted by the company’s investments and the first results that have been obtained.

Microsoft’s plan, however, cannot be an isolated case. The hope, in fact, is that these initiatives can inspire other companies and organizations to undertake a path that can protect the environment, human health and the future of our planet.

Urban beehives, over a million bees in Milan for a greener city