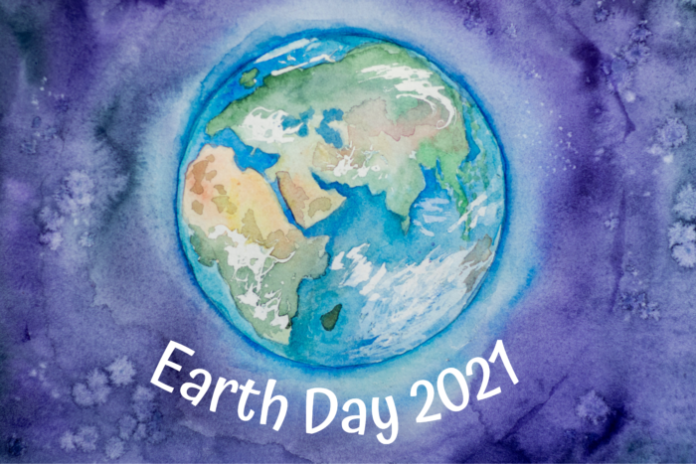 “Restore Our Earth”, we repair / rehabilitate our Earth. This is the theme of Earth Day, now in its 51st edition. The goal of Earth Day 2021, which is celebrated on April 22, is to raise awareness among citizens around the world so that they are committed to safeguarding and protecting the Planet. How? First of all, by reducing the environmental impact through the use of natural processes, the use of green technology and innovative techniques, but also by trying to remedy the damage caused to the Earth.

For the Earth Day, the new issue of the SmartGreen Post Magazine is online. Download it for free HERE

How Earth Day was born

Born on April 22, 1970 to emphasize the need for the conservation of the Earth’s natural resources, over time, Earth Day has become an educational and informative event. Ecological groups use it as an opportunity to evaluate the problems of the planet: the pollution of air, water and soil, the destruction of ecosystems, the thousands of plants and animal species that disappear, and the depletion of non-renewable resources.

Among the promoters of Earth Day was US Democratic Senator Gaylord Nelson, who had already organized a series of meetings and conferences dedicated to environmental issues. “All people, regardless of ethnicity, sex, income or geographical origin, have the right to a healthy, balanced and sustainable environment”, these were the words spoken by the senator at the time.

In 1969 in Santa Barbara, California, there was one of the most serious environmental disasters in the United States, caused by the oil spill from a Union Oil well. The incident strongly reaffirmed the need to deal with environmental issues, raising public awareness and the political world.

Earth Day contributed significantly to the creation of the first Earth Summit, held in 1992 in Rio de Janeiro, the first world conference that brought together heads of state and government to discuss measures to improve the health of the planet. But the real turning point took place in the 2000s with the development of the Internet, which made it possible to enormously expand participation in Earth Day, which now exceeds one billion people all over the world, united by the same objectives: the fight against climate change. , individual responsibility towards sustainable consumption, the development of a green economy.

What can we do to protect the Earth

Protecting and safeguarding our Planet Earth is the task of each of us. We all can and must commit ourselves every day with small daily actions that, taken together, can represent change. Because our every gesture is not a drop in the ocean. And the sea.

So, let’s see what to do in practice to make our contribution to the protection of the Planet.

Reduce
The first rule for adopting an eco-sustainable lifestyle is to reduce waste. This means first of all making a thoughtful shopping, avoiding excesses and buying only what we are able to consume, if we are talking about food, or what we really need. Additionally, we can choose to purchase bulk items to reduce packaging or items contained in recycled packaging. Also be careful to avoid wasting gas, electricity and water in the house. We will be good for the environment and for our wallets.

Reuse
Many of the objects and clothes we have at home can also be reused creatively. Old and ruined are not always synonymous with useless and to be thrown away, on the contrary. Through the techniques of creative recycling we can transform objects and give them new life so that they become useful and usable.

Recycle
And when an object is no longer recoverable, then recycle it. Old materials are not waste but resources if properly differentiated and disposed of in the correct way. For good recycling, follow the “Time to Recycle” section on SmartGreen Post and download the free SmartRecycle app. The differentiated will have no more secrets.

Recover
Items and clothing that we no longer use, because we don’t like them or don’t need them, could be very useful to someone else. So, no waste. Again, the alternative to landfill is recovery. How? We can give away old clothes, especially children’s clothes, furniture, books, appliances. And if we really don’t want to give them away, then let’s put them up for sale or in the many flea markets that are in the area or online, where platforms for buying and selling second hand are multiplying.

Switch off
Use the car only when necessary and take a walk for short trips, do not leave the lights on and pay attention to the stand-by. Do not leave the water tap on when brushing your teeth or soaping yourself in the shower. Small people that cost nothing and that are good for the environment and pockets.

Dematerialize
One click is enough to reduce the amount of paper used for bills, account statements, e-mails. We try to go from paper to digital, we avoid printing e-mails and documents that we could also keep digitally.

Sowing
When you go for a walk, get into the habit of bringing fruit seeds and pits with you and throw them randomly in the gardens and flower beds, who knows if a few saplings emerge. In your little one, try planting a seed, grow some greenery at home, whether it’s a decorative plant or an aromatic herb.

Lego will phase out plastic retail bags in its stores