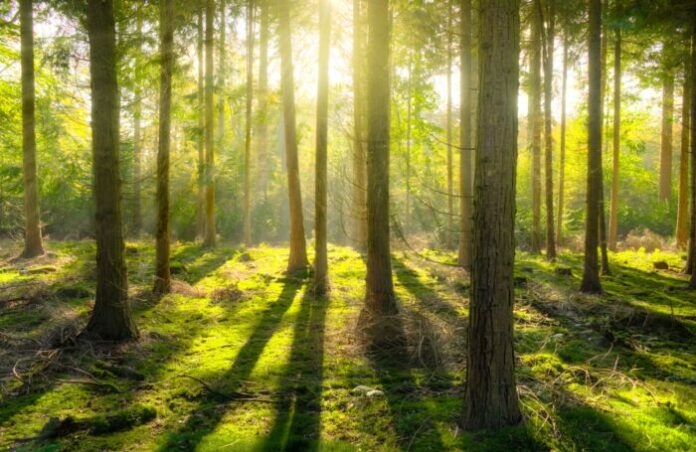 Forest vulnerability to drought is expected to increase under anthropogenic climate change, and drought-induced mortality and community dynamics following drought have major ecological and societal impacts.

In recent decades, numerous cases of forest dieback and mortality have been reported in every part across the world. Reported increases in tree mortality point toward accelerating global forest vulnerability under hotter temperatures and longer, more intense droughts associated with increased climatic variability with a significant impact on the landscape, biodiversity and the dynamics of the succession of ecosystems.

The scientific community is focused on this aspect, with international collaborations with an increasingly global perspective. The prestigious international journal “Proceedings of the National Academy of Sciences of the United States of America” ​​has just published a scientific article “Forest and woodland replacement patterns following drought-related mortality” by E. Batllori a researcher of CREAF (a Spanish Forest Ecology Research Center). This work involved scientists and researchers from the 5 continents, among the greatest international experts on issues concerning the impacts of climate change on forests.

The pool of researchers also included prof. Francesco Ripullone and Dr. Michele Colangelo of the University of Basilicata who, in recent years, have been carrying out numerous research projects on issues related to the vulnerability of Mediterranean forests due to climate change.

The study was carried out in 131 field sites, in different biomes on a global level, characterized by forest declining and high level of tree mortality, where unfortunately some Italian forests are also reported. Numerous questions have been raised by researchers regarding the future dynamics of vegetation succession due to mortality induced by climate change, which species will be able to adapt to the new conditions and which are destined to succumb or to be replaced by more resistant and resilient species.

The aim of the research is to understand, based on a series of indicators collected in the field, what are the future ecological scenarios that we will find in the forests affected by severe drought. The study is based on the application of advanced statistical modeling techniques to obtain information on post drought ecological trajectories of vegetation.

Results show that in study sites tree mortality due to drought is leading to a short-term change in the type of vegetation, with the likelihood that a major reorganization may occur in the future decades, leading to major changes in some ecosystems. Early change in community composition indicates that forests dominated by mesic species generally shifted toward more xeric communities, with replacing tree and shrub species exhibiting drier bioclimatic optima and distribution ranges.

However, changes have also occurred towards more mesic communities and for some species situations have been observed where the forest has disappeared, therefore completely replaced by other types of plant communities. Finally, it should be noted that the replacement was also influenced by the intensity of management and the predominance of shrubs after extreme droughts was greater when the pathogens acted as co-responsible for the mortality of the trees.

The great variability of the observed changes shows us how important are the impacts caused by the increase of drought, raising many concerns about the future of the ecosystems that we will bequeath to future generations. Furthermore, the strong interconnection of these impacts with the dynamics related to land use, management and disturbances of the past must be considered. This scenario determines a change in the turnover of species linked to drought and, consequently, to all potential implications for forest biodiversity and future ecosystem services.

18th September to celebrate bamboo, the queen of environmental sustainability