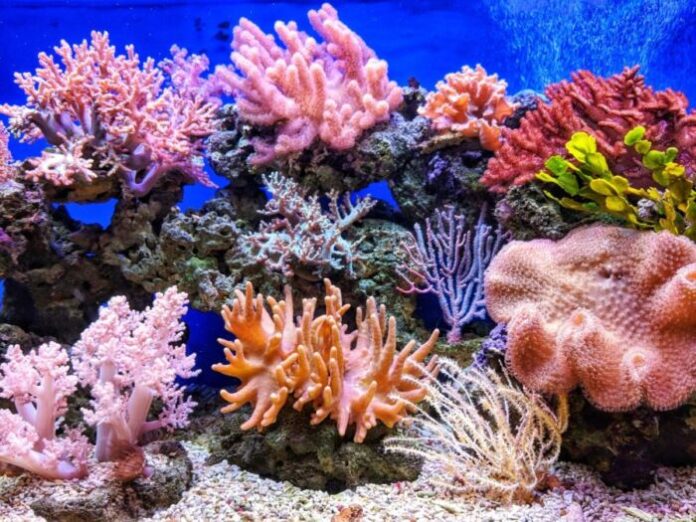 While the coronavirus pandemic appears to have overshadowed the issues and reflections related to climate change, Miami Beach artists, architects, scientists, conservationists and city officials are teaming up to create an underwater sculpture garden to form an artificial coral reef, in order to favor the re-growth of the coral in the area and to create a breakwater that acts as a protection of the beaches from storms.

In fact, in recent years, South Florida coral has been alarmingly affected by disease and bleaching, mostly due to the warming of the waters. We know that this is a global problem, as even the Great Barrier Reef, according to a recent study, has lost 50% of its corals in the last three decades.

The project, named The Reefline, was conceived by artist and art collector Ximena Caminos, who leads the non-profit foundation BlueLab Preservation Society, and will be designed by architect Shohei Shigematsu, of the OMA architecture based in Rotterdam, in collaboration with Coral Morphologic, a Miami Beach-based collective that brings together art, music and science, which works to document the decline of coral reefs and explores the symbiosis between humans and coral through installations and making wonderful videos.

The artistic director of the project Ximena Caminos conceived this original project after learning that artificial reefs could be deposited on the ocean floor to help replenish the coral population.

The park will extend for seven miles and the opening of the first mile is scheduled for December 2021. Among the artists collaborating on the work is the Argentine Leandro Erlich, a conceptual artist, who created sculptures last year with cars and trucks immersed in the sand as a metaphor for the destructive nature of industrialism and carbon emissions on our planet. The idea was to denounce traffic problems and the power of destruction on the landscape and nature derived from cars. It was a traffic jam with 66 life-size sculptures of cars and trucks on the waterfront of the famous Lincoln Road.

In the current project Erlich intends to place car sculptures on the ocean floor, turning them into tools that mitigate the effects of ocean warming on the coastal city.

In addition, the designer Shohei Shigematsu devised the creation of a sculpture that serves as a monumental underwater staircase; other underwater works will be created by the artists Ernesto Neto and Agustina Woodgate.

The ambitious sub-aquatic project is estimated to cost around $ 1 million in the first phase and will be publicly accessible from the beach shoreline, with visitors being able to dive among the sculptures.

In recent years, many artists have turned their attention to the difficult survival of coral reefs. In 2019, underwater environmentalist and sculptor Jason deCaires Taylor created a sculpture, “Ocean Siren,” located off the coast of Queensland, Australia, which changes color as the ocean water temperature changes.

“Ocean Siren” was the first work of art to be included in the Australian Museum of Underwater Art (MOUA), in Townsville.

A unique project of its kind, but one that is striking for the strong integration of knowledge in the context of a highly interdisciplinary work and for the great synthesis research between art and scientific research, in the name of environmental sustainability and the protection of marine biodiversity.

Where do I throw the polystyrene?

Bamboo toothbrushes, many benefits not only for the environment