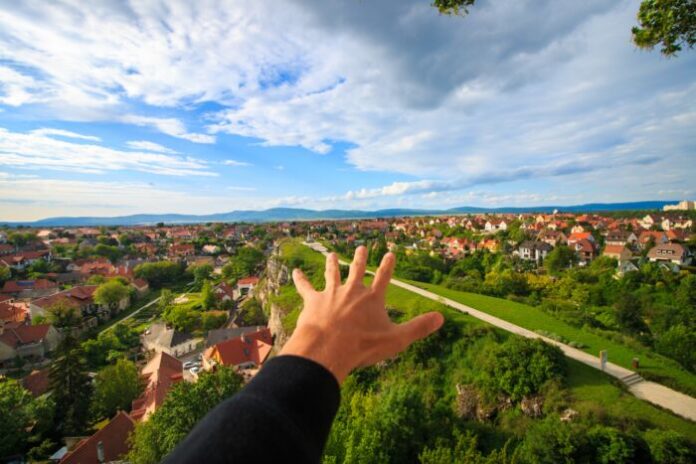 Over half of the world’s population now lives in cities. With that number expected to rise to 68 percent by 2050, urbanisation is one of the world’s most transformative trends.

Cities are already responsible for 70 percent of global waste and consume almost 80 percent of the world’s energy. Whilst this rapid urbanisation has been the catalyst for innovative solutions in many areas, including housing, transportation and infrastructure, one key factor is often overlooked: food security and nutrition.

Here are four ways that we can make cities healthier and more sustainable.

When you think of agriculture, most people think of rural areas. But did you know that over 800 million people worldwide practice urban agriculture?

By preserving agricultural land in urban areas, we can shorten supply chains and the amount of CO2 emitted when transporting food from rural to urban areas. Producing and selling more fresh food within the city itself can reduce the environmental impact of food distribution, increase opportunities for inclusive local supply chains and improve access to nutritious foods, for example through farmers’ markets.

Lifestyles and dietary patterns are strongly influenced by the types of food available and their affordability. In cities where there is a large choice of fast food and convenience options, available food is often energy-dense and highly processed. This is a growing trend. In lower middle-income countries, the consumption of processed food with little nutritional value increased by 5.45 percent annually between 1998 and 2012. National governments and city administrations in developing countries face the problem of having to deal with undernutrition, but also with the health effects of obesity which is increasing at an alarming rate.

People in urban areas consume up to 70 percent of global food supply, but much of it is thrown away. Although the causes of food waste vary from one region in the world to another, generally poor food planning, inadequate packaging, improper storage and cultural practices are all contributing to the problem.

In addition, food waste that is not recycled or re-used is filling up the landfills. There, it decomposes and generates methane, a greenhouse gas that is more harmful to the planet than CO2. This scenario is not just a waste of food but also a waste of energy, money and natural resources such as land and water that is used to produce and process the food. Citywide measures for recovering safe and nutritious food and redistributing it through charities and food banks, composting or utilizing discarded food to generate energy can make a huge impact in reducing food waste.

Food systems need to be planned and managed together with the green environment, in order to curb pollution, encourage healthy diets and physical activity. In Los Angeles, for instance, researchers have found that the more parks there are within 500 metres of a child’s home, the lower that child’s Body Mass Index (BMI) will be at age 18.

Cities and urban areas do not function in isolation from rural areas. In fact, they are highly dependent on the rural regions surrounding them. Cities rely heavily on the neighboring rural areas for food, labour force, water supply and food waste disposal. In Kisumu City, Kenya, the Food Liaison Advisory Group, a stakeholder platform comprising urban-rural actors, is taking a wider approach and reconnecting the city with the larger region in planning its food system. This helps ensure a supply of healthy, safe and nutritious food, while also promoting market access for rural farmers and creating jobs within the food system.

REWILD: a social and artistic project dedicated to Climate Change