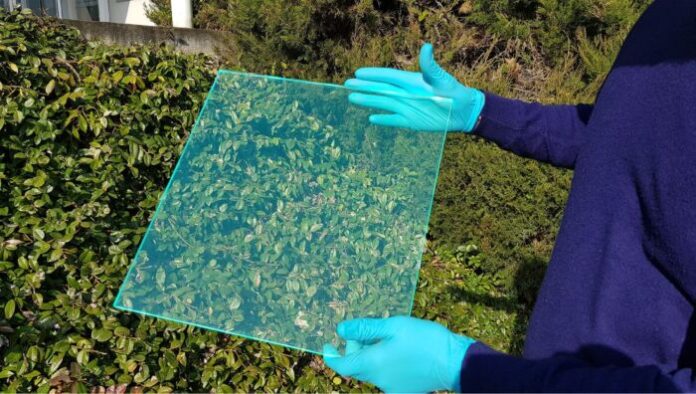 A low environmental impact and high performance material for the construction of photovoltaic devices called solar luminescence concentrators (Lsc) that can be integrated into buildings has been developed by researchers from the Institute of Structure of Matter of the National Research Council (Cnr), of the University of Milan Bicocca and of the Glass to Power company. The study by the Italian team – published in Joule Cell Press – goes towards the design of innovative solutions to integrate solar energy conversion devices into electricity directly inside buildings.

“The operation of building integrated photovoltaics – architecturally integrated photovoltaics – is based on an intrinsic property of many classes of organic molecules, that is the ability to absorb solar radiation over a broad spectrum of wavelengths and re-emit it with high efficiency at a length wave different and well separated ”, explains Giuseppe Mattioli (Cnr-Ism).

“Molecules that possess these characteristics and that are highly stable to heat and light are dispersed inside Plexiglas sheets for windows: the solar radiation is thus absorbed and then re-emitted by the molecules, and the sheet provides the most economical” d ‘wave ”to trap the radiation and convey it to the edges”.

These sheets are mounted in normal window frames where thin and invisible photovoltaic cells convert the concentrated light radiation into electrical energy. “The main advantage of this innovation consists in the use of molecules that require a simple and rapid synthesis, free of process solvents and therefore” green “. The process of making the material is carried out, in fact, only with mechanochemical techniques: the reagents are mixed dry in a vibratory mixer (known in the industrial field as a “ball mill” or “ball miller”), which guarantees high yields at low times of contact even in the absence of solvent, with a weight ratio between waste and product (E factor, one of the most common sustainability indicators in organic synthesis) of 50 times lower than that associated with other molecules of comparable efficiency “, he adds Luca Beverina of the University of Milan Bicocca.

But the advantages do not end there: “Unlike the photovoltaic panels used so far – which are opaque and dark, or semi-transparent – this system allows the creation of transparent sheets, with benefits from both an aesthetic and functional point of view”, continues Mattioli. “Finally, the operating principle of the device allows to overcome the current positioning constraints, which are currently particularly stringent in terms of inclination and orientation with respect to the sun. In this context, photovoltaic devices based on luminescence solar concentrators represent an irreplaceable complement to conventional systems “.