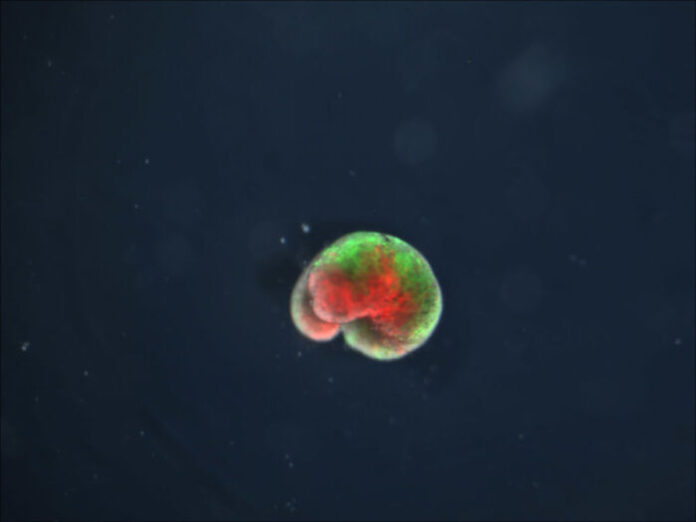 Cleaning the oceans from microplastics, administering drugs, freeing the arteries: these are some of the tasks that Xenobots, innovative robots made of living cells and programmed as supercomputers, can perform. Xenobots were created by scientists from Tufts University in the United States using embryonic frog cells, have millimeter dimensions and can live for up to seven days. The most relevant skills are to move to a target, perhaps even collect a payload (such as a medicine that needs to be transported to a specific point within a patient) and repair itself after a cut. The goal for the future is to use them to clean up microplastics from the ocean and manage spills of radioactive waste.

To better explain what it is, experts give some examples. A book is made of wood, but it is not a tree, they highlight. So xenobots are “new living machines,” says Joshua Bongard, the computer scientist and robotics expert from the University of Vermont (USA) who co-led the research published on Pnas with Michael Levin.

“I’m neither a traditional robot nor a known species of animal.” They are 100% frog DNA, but they are not frogs. The new creatures were designed on a supercomputer in the Vermont university and then assembled and tested by biologists from Tufts University. It is the first time that completely biological and biodegradable machines are designed from scratch, using an IT algorithm.

However, the future of robotics is truly bio-inspired and sustainable, with green robots built with recyclable and biodegradable material, capable of feeding on renewable energy sources and which, once their operating cycle is finished, can decompose without adversely affecting the environment. to support it are Barbara Mazzolai, director of the Micro-Biorobotic Center of the Italian Institute of Technology, and Cecilia Laschi, professor of the Institute of BioRobotics of the Sant’Anna School of Advanced Studies, in the article in the article “A vision for future bioinspired and biohybrid robots ”published in the international journal Science Robotics.

The change, in line with the goals set by the United Nations in the 2030 Agenda for sustainable development, will lead to a drastic rethinking of robots, starting from the components and the interaction with humans and the environment. Obviously a bi-inspired approach must be based on understanding and the ability to extract principles and rules.

Living beings are much more complex than a robot, they move in a dynamic and structured world, and are able to adapt their characteristics according to the surrounding environment. It is precisely this complexity that allows living beings to have effective sensory-motor behavior. Instead, robots are often unable to deal with the complexity of the real world, without requiring simplifications to make the environment suitable for them. In the same way, robots will have to maintain a structural complexity that will allow them to be effective and useful in real world applications.

A great lesson that can be learned from nature is that living beings are perfectly integrated into the natural environment, during their life cycle and at its end. Today, however, there is a disconnect between what is natural and what is technological, which exploits natural resources and at the end of its life cycle becomes waste to be disposed of.

In line with recent trends in robotic research, future approaches will reverse the perspective on robot design, going beyond soft robotics, with robots able to grow, regenerate, change shape; beyond intelligent materials, thanks to biohybrid functions that will guarantee multifunctionality and biocompatibility; beyond evolutionary robotics, with systems that will not only adapt to the task and the environment in which they operate, but which will improve with practice. This is the direction of robotics of the future, towards integrated systems perfectly compatible with man and the environment, and capable of improving well-being and quality of life.

Traveling on the sofa: around the world with the Italian Sto Gran Tour