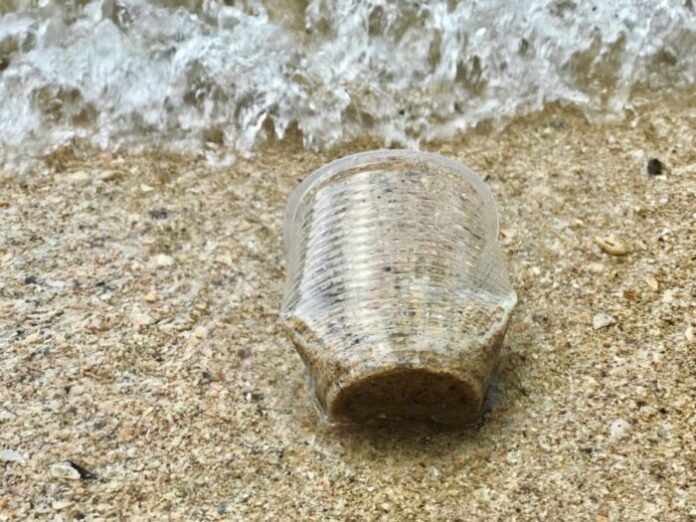 A walk on the beach often turns into a walk through the garbage. On the shore you find abandoned plastic objects, envelopes, bottles, disposable glasses. All of us should adopt correct behaviors such as throwing  away the waste in its special containers, collecting the objects that are left on the ground or float in the sea, feeling responsible not only for themselves but also for the environment.

It is enough to spend a day on the beach – but the same also happens in a hike in the mountains – to realize that the real problem is not the objects and is not the plastic itself. The problem is our behaviors. Adapting to the wrong habits moves the bar more and more downwards. Using an aluminum bottle for the water instead of lots of plastic bottles is an act of environmental education. We need awareness and action, each in its own small way. Is it not enough? Perhaps, but it is the sign of a transformation and this desire for change will end up involving the governments for a more effective environmental policy.

It is estimated that around 8 million tons of plastic are discharged into the world every year, and these numbers are expected to increase if we do not intervene with drastic policies to promote the proper disposal of waste, especially those that most threaten plastic the seas of the whole world.

The objects that are most frequently found are disposable: bags (of any use and size, from garbage to bags for handkerchiefs), bottles and their caps, ear sticks, cigarette butts, balloons, sanitary napkins. Many containers: various bottles, canisters, baskets. And above all many plastic fragments, a sign that many of these objects have already begun to disintegrate.

These are the so-called microplastics, small particles of plastic material with extremely small dimensions. These are normally millimeter-sized fragments, although specimens of micrometric levels have recently been discovered, so much so that we are talking about nanoplastics.

Microplastics can have a greater impact on the environment than their size suggests and are considered one of the six global environmental emergencies. These fragments, in fact, are easily ingested even by more minute aquatic organisms, with the risk of accumulating along the food chain until they end up on our tables. But much more often the result is fatal for the animals themselves. There are at least 135 Mediterranean marine species that ingest plastic objects or end up trapped: some die suffocated, others die from gastrointestinal tract, others still fail to absorb food from food.

At the European Union level, microplastics are cataloged according to their size and origin:

1. Primary microplastics: they are directly released into the environment and come mostly from the washing of synthetic garments (35%), from the abrasion of car tires (28%), from cosmetic products such as scrubs (2%). In total, the primaries represent about 15-21% of all the fragments dispersed in the ocean;

2. Secondary micro-plastics: they are formed by the degradation of larger plastic objects, including packaging, boxes, plastic bottles, shopping bags, nets and fishing gear. It is estimated that 68-81% of all the microplastics present in the seas are of secondary origin.

These fragments have very long degradation times once they are released into the environment, completely similar to those of larger plastics: it is called hundreds of years, a longevity often made even more extensive by the presence of special chemical treatments.

The EU directive that will ban disposables starting in 2021 is a step towards change but moving from “disposable traditional plastic” to “disposable biodegradable and compostable plastic” does not solve the problem. In fact, the impacts of the life cycle (from the extraction of the raw material, to the production, use and final disposal, not neglecting the transport) of the disposable objects in biodegradable and compostable material, on the basis of scientific studies, can be higher than those of matching traditional objects.

The main problem, therefore, is the excessive use of disposable objects and their incorrect start to recovery of matter and energy. We need to invest in recycling and reuse policies, focusing on technologies that give new life to the used materials, especially those made of plastic, so that they do not deteriorate and decompose in the environment causing serious damage to humans and nature.

Renewable diesel, a new technology from NextChem and Saola Energy

A spray instead of plastic: a new invention from Portugal

Cop25 in Madrid: Guterres says planet is “close to a point of no return”