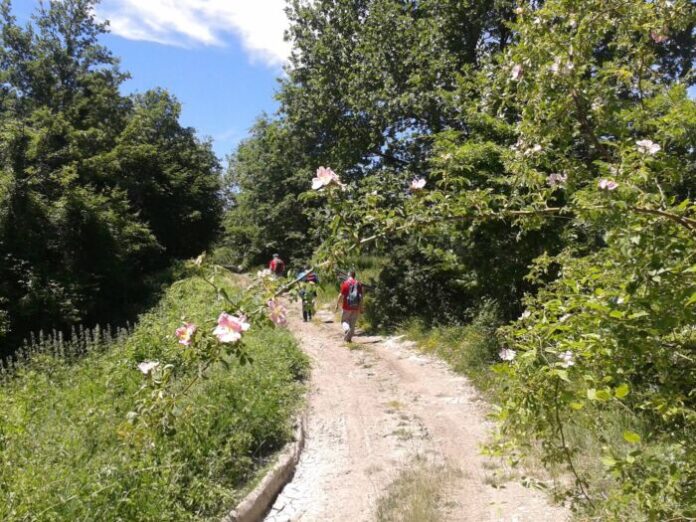 About a month ago, work has begun to create a 175-kilometer route that involves as many as 32 municipalities in the provinces of Bologna and Modena; even if it has not yet been completed, the path can be covered on foot or by bicycle. Consisting of ten stages, the route lends itself to being completed in its entirety or for short distances, allowing you to plan a trip of just one day or of a longer duration.

The “Gothic Line” project was promoted and financed by the Bologna Apennine LAG with the support of the “Bologna Tourist Destination” body, the Metropolitan City of Bologna, the Savena-Idice Union, the New District of Imola, the Union Reno -Lavino Samoggia and the municipalities of Alto Reno Terme and Montese.

The path follows an existing route, which was built during the Second World War by the German military, between 1943 and 1944, to stop the advance of the Allied army. The defense posts are not as impressive as the others found on the national territory because the German military, turning north, decided to build trenches dug into the ground and strongholds of wood and stone, adopting a simpler construction system.

This territory was chosen by the Nazi troops as the Tuscan-Emilian Apennines are rugged and impervious. The itinerary will therefore have a double meaning: on the one hand it will be possible to retrace the traces of the historical period between 1943 and 1945; on the other hand, you can enjoy the magnificent panoramic landscapes of the Monti della Riva, Monte Belvedere, Monte Castello, Monte Terminale, Monte della Spè, Monte Pero and Monte Sole to continue along the Pliocene Contrafforte, the Vena del Gesso and the Senio embankment.

Along the route there is a fundamental stage in the history of the Second World War, that of Marzabotto or that of the Monte Sole Park. These are the places where the famous Marzabotto massacre took place: between 29 September and 5 October 1944, some units of the SS and the Wehrmacht, accompanied by local fascists, killed about 770 civilians, in retaliation against the partisan resistance. The massacre was then regarded as a crime against humanity and one of the most serious war crimes against the civilian population.

Restoring this journey means being able to visit the places of our historical memory and, at the same time, it offers the possibility of discovering the natural and landscape beauties of a vast area between the province of Bologna and that of Modena.

The ridge route will have hiking links to individual municipalities, in order to enhance the specificity of each territory, highlighting its historical, cultural, landscape and food and wine heritage. In many countries there are several historical museums and collections waiting to be visited and known, such as the Museum of Memories of Italy in Iola (Montese-Modena), the Museum of the Gothic Line and the South African war cemetery in Castiglione Dei Pepoli, the Casa of the Memory of Marzabotto in the historical park of Monte Sole, the War and Gothic Line Museum in Castel del Rio, the monument dedicated to the general of the FEB (Brazilian Expeditionary Force) Joao Batista Mascarenhas de Morais; meanwhile, the “Linea Gotica” Documentary Center in Vergato is also being built.

The idea is to promote a form of sustainable tourism together with the enhancement of the food supply chains present in the area, thanks to a path characterized by a strong historical-cultural value, breathtaking landscapes and its own specific nature at a naturalistic level. A real thematic trek will be created with a website, a map guide and a map, in addition to the various illustrative panels scattered in each of the municipalities participating in the project.

The route was conceived by Vito Paticchia, a long-time member of the CAI, who has been involved for years in the enhancement of the Gothic Line and who has completed projects such as the Via della Lana e della Seta.

Woodvivors, Italy from South to North on the back of a mule

Graphene fabrics block Covid-19: the study of the University of Rome

How to keep your tan, eight tips to make it last longer