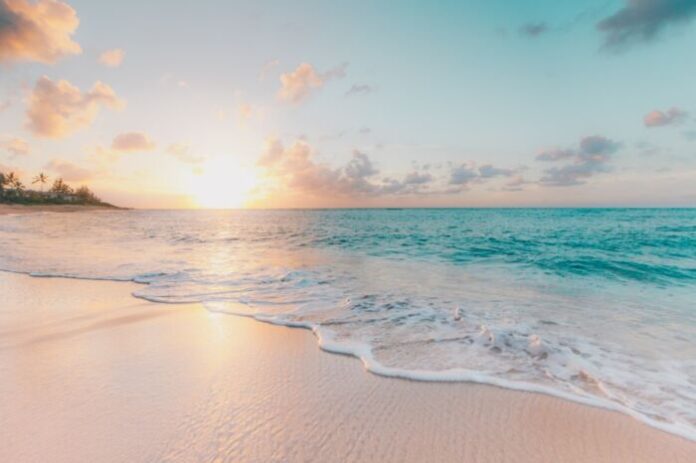 Erosion is a major problem facing sandy beaches that will worsen with the rising sea levels brought about by climate change. According to the study, published in Nature Climate Change, effective climate action could prevent 40% of that erosion. Sandy beaches cover more than 30% of the world’s coastlines.

They are popular recreational spots for people and they provide important habitats for wildlife. They also serve as natural buffer zones that protect the coastline and backshore coastal ecosystems from waves, surges and marine flooding. Their role as shock absorbers will become more important with the rising sea levels and more intense storms expected with climate change.

However, climate change will accelerate erosion and could make more than half of the world’s sandy beaches completely vanish by the end of this century. Fuelled by a growing population and urbanisation along coastlines, this is likely to result in more people’s homes and livelihoods being impacted by coastal erosion in the decades to come. The findings come from the first global assessment of future sandy shoreline dynamics.

However, even if global warming is curbed, societies will still need to adapt and better protect sandy beaches from erosion. This is one of the main messages of the Paris Agreement on climate and the EU adaptation strategy.

Sandy coastlines are extremely dynamic environments due to altering wave conditions, sea levels and winds, as well as geological factors and human activity. They are naturally resilient to climate variations, as they can accommodate higher seas and marine storms by retreating and adapting their morphology. However, they face more and more pressure because of human development, a situation that could become worse if contemporary coastal urbanisation and population growth continues.

The study shows that without climate mitigation and adaptation almost half of the world’s sandy beaches are under threat of near extinction by the end of the century. Apart from the loss of valuable ecosystems, socioeconomic implications can be severe, especially in poorer, tourism dependent communities where sandy beaches are the main tourist attraction. Small island nations are among the more vulnerable regions. In most parts of the world, projected shoreline dynamics are dominated by sea level rise and moderate greenhouse gas emission mitigation could prevent 40% of shoreline retreat globally.

The EU is committed to mitigating climate emissions. With the Green Deal for Europe it strives to achieve carbon neutrality by 2050. The EU Strategy on Adaptation to Climate Change aims to make Europe more resilient and minimise the impact of unavoidable climate change. It stresses that coastal zones are particularly vulnerable to the effects of climate change, which challenges the climate resilience and adaptive capacity of our coastal societies.

This requires a strong EU Strategy and preparedness actions by Member States aimed at reducing the vulnerability of their citizens and economies to coastal hazards in order to minimize future climate impacts in Europe.

How to protect cultural heritage from extreme weather events?