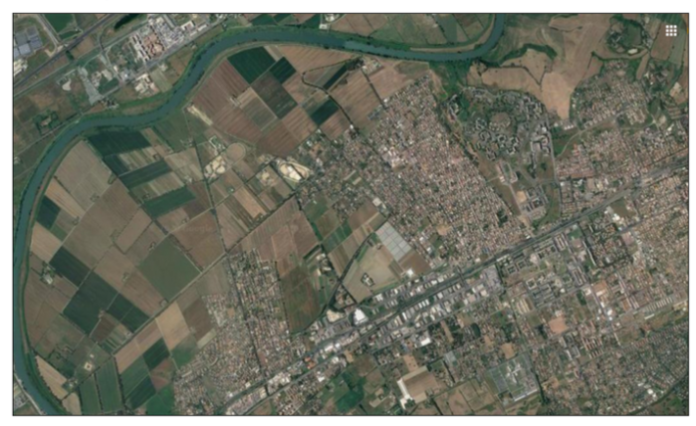 The word “sprawl” has been proposed as an exhaustive definition of this development. This pattern of urban development, consisting of low-density settlement forms scattered over natural or agricultural matrices, results in spatially articulated morphologies involving high rates of land consumption.

Today, the exceptional spread of official statistics and geospatial databases facilitates the development of more sophisticated landscape analyses using per-capita indicators of land use computed over long time segments. Per-capita indicators of land-use change are a suitable tool to test hypotheses on the relationship between urban cycles and landscape transformations in the different waves of urban expansion that characterise cities.

This work provides a long-term analysis of per capita land cover changes in a typical southern European metropolitan region. The work highlights the prevalent mode of urban expansion of the city of Rome considering both its socio-economic peculiarities (reflected in the sequential phases of the city’s life cycle) and morphological changes (compact vs. dispersed urban development). The metropolitan area of Rome presents the morphological features of a typical semi-compact and dense southern European city that has experienced different waves of settlement expansion and represents a paradigmatic example of the transformations of Mediterranean cities.

The results of the study indicate an increasing discrepancy between settlement expansion and population trends, which is easily highlighted by calculating the ratio between the two growth rates (Fig. 1). This ratio ranges from a value of just 1.5 for the post-war period 1949-1974 to a considerable peak of 188 in the period 1974-1999, and then declines to 6 and 3.5 in the following two periods (1999-2008 and 2008-2016, respectively).

This mode of growth carries within itself the stigmata of unsustainability with significant ecological and economic consequences such as landscape fragmentation and abnormal consumption of soil resources. Faced with these phenomena, it is increasingly urgent that spatial planning provide concrete actions to contain the effects of scattered and irregular urban growth on the capacity of urban and agricultural ecosystems to deliver goods and services in metropolitan areas.

Almost all G20 countries are failing their Paris Agreement