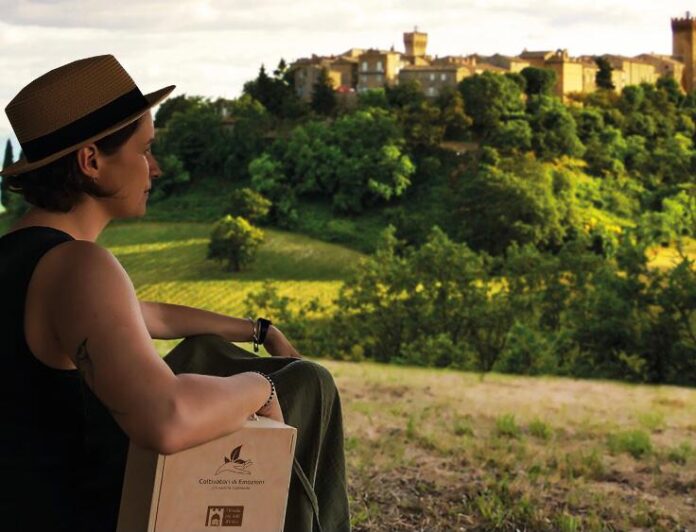 to promote the villages of our Peninsula by supporting small producers and their agri-food traditions: this is the goal of the partnership signed by the Association I Borghi più belli d’Italia and Coltivatori di Emozioni, the Social Farming platform created to actively support and support small agro-food producers. Thanks to this collaboration, a new initiative is born that aims to further enhance the most beautiful villages in Italy through one of the elements common to the two realities: Agriculture.

Italy preserves a precious heritage, made up of unparalleled traditions and food and wine excellence. Each territory that surrounds the small villages preserves a portion of this priceless treasure, most of the times handed down from father to son. From today it will be possible to “support” one of these small productive realities, thus helping to preserve the territory, the cultural landscape and support the economy of the municipalities belonging to the network of the most beautiful villages in Italy.

The initiative is launched in conjunction with Christmas – which falls in a period marked by concern and uncertainty – with the aim of giving a signal of hope and keeping attention on the beauty and wealth of our country. From the Christmas period and throughout 2021 it will, in fact, be possible to support ‘from a distance’ one of the small farmers and producers of the most beautiful villages in Italy and thus become a Shareholder of Beauty and Taste!

Furthermore, to achieve the ambitious goal of giving a voice to small Italian producers and promoting those villages, Cultivators of Emotions and the most beautiful villages in Italy have decided to rely on an exceptional representative of quality cuisine, the chef Simone Rugiati. An initiative that the chef immediately embraced, thanks to the sharing of values ​​and intentions: bringing natural products to the table, coming from sustainable and / or organic agriculture, which respects biodiversity and consumer well-being.

From the sites of the two partners it is possible to select the producer and the village that you want to support and receive in exchange typical products directly from the territory. From the Trasimeno bean of Castiglione dal lago to the Abbateggio spelled passing through the Giglietto Prenestino of Castel San Pietro to the wines of Sambuca di Sicilia. But not only: each adoption will generate a 1 hour good job entirely intended for the adopted producer, who will be able to use it for various work activities (sowing, harvesting, harvesting, processing, etc.), giving employment to young people who reside in the village and inserting them thus in the productive fabric of the territory, helping to preserve the tradition of that place. An adoption certificate will seal the link between the supporter and the territory – the ‘adopted’ producer.

Through seasonal updates, supporters will also be able to get to know wonderful villages and little-known agri-food traditions ‘from a distance’ that deserve to be rediscovered. Then, to experience them closely as soon as you can return to travel.

There are three types of adhesion to the initiative: the higher the donation, the more product rewards that can be received and the working hours donated to producers. In addition, one of the packages will be embellished with the brand new guide to the most beautiful villages in Italy 2020/2021 consisting of 792 pages, about 2,500 photos and augmented reality with 100 videos that will accompany the supporter in the discovery of the hidden jewels of Italy.

For the President of the most beautiful villages in Italy, Fiorello Primi “the agreement between the most beautiful villages in Italy and Cultivators of Emotions allows people to become part of a network of enthusiasts, farmers and companies who want to create to a new cycle of responsible production, which recovers good traditions, supports local micro-economies and creates job opportunities in small Italian villages, helping to combat their depopulation ”.

“The protection of our assets and the rediscovery of the traditional crops of Italian rural areas are the energy that animates our project. We all have the duty to safeguard Italian traditions and typical products ”, explains Paolo Galloso, founder of Coltivatori di Emozioni. “We believe that through collaboration with the most beautiful villages in Italy we can involve all those small Italian producers who have courageously decided to carry out production in unique but difficult territories”.

Energy: ENEA, record drop in consumption and emissions in 2020