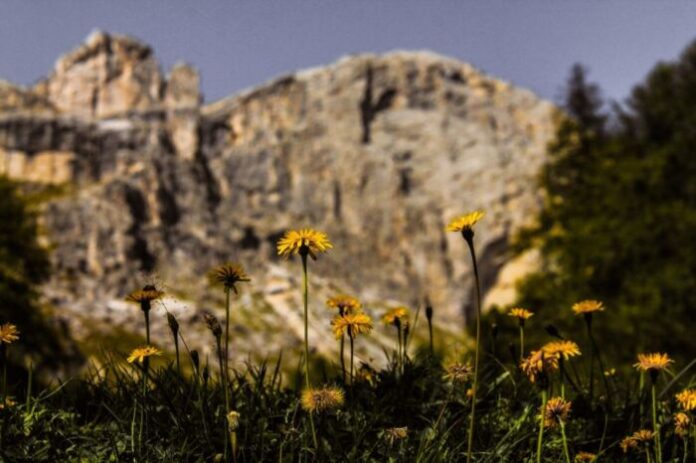 Ideal for those who love walking, trekking and mountain biking tourism, the Gallipoli Cognato Piccole Dolomiti Park offers the opportunity to experience nature and discover the area. In fact, there are several paths that allow you to get to know the flora, fauna, geological features and the historical-archaeological aspect of the area.

For forest lovers it can be extremely pleasant to go on an excursion to the Gallipoli Cognato Forest, which extends for over 4,200 hectares and is made up of varied species such as tall turkey oaks, which in larger areas reach enormous dimensions. Another destination may be the Montepiano forest, made up of majestic and centuries-old specimens of Turkey oak, maples, hornbeam and holly.

The park is also renowned for birdwatching: in the area you can meet some of the great birds of prey such as the black kite, the buzzard and the peregrine falcon.

It is also a suitable place for many sports such as orienteering and bouldering, the activity of climbing on erratic boulders spread throughout the territory. A bouldering field has been created in the area, Pietra del Toro, in which to experience the experience of climbing totally immersed in an uncontaminated place.

Cultural tourism can, however, enjoy multiple destinations. Between Accettura and Oliveto Lucano are the remains of the ancient fortified city Croccia Cognato, covered by woods on the top of Monte Croccia, founded by Samnite populations between the 6th and 4th century BC. During the climb there are several lookout points from which it is possible to observe the majestic landscape, dotted with outcropping rocks and woods. Before reaching the top, just outside the city walls, finds dating back to the Neolithic era and mysterious megalithic complexes, called Petre de la Mola, were found.

A team made up of scholars, archaeologists, astronomers, geophysicists and geologists has defined them as a sort of Lucanian Stonehenge. It seems, in fact, that the boulders found in this area are perfectly aligned with the position of the sun at midday and sunset in the winter solstice and accurately signal the summer solstice and the equinoxes. It is speculated that this megalithic complex was a kind of stone calendar. On the road between Accettura and S. Mauro Forte there is an interpoderale road that leads to the settlement of Tempa Cortaglia, a Lucan fortress coeval with the Monte Croccia site.

From Accettura you can also reach the top of Monte Malerba where some walls and ruins of the ancient medieval center of Gallipolis are preserved, which is mentioned in some documents dating back to 1200 and which, after that date, no longer comes appointed, probably because of his abandonment. In Costa Raja the ruins of medieval settlements and a probable square-shaped fortification are visible which attest to the origin of the first residential area of ​​Accettura.

Immersed in the landscape of the Lucanian Dolomites are the two municipalities of Castelmezzano and Pietrapertosa: nestled between rocky spikes, the two villages lead tourists through a tangle of alleys. In both countries it is possible to make the Angel’s Flight, a flight that tourists can experience tied by a special harness and hooked to a steel cable, sliding through a spectacular landscape with a magical and mysterious charm.

In Pietrapertosa there is also the Castle, attributed to the Saracens. It dominates the town and part of the perimeter walls, the entrance arch, a watchtower and some housings carved into the rock are still visible.

You can make a further visit to Campomaggiore Vecchio, a ghost village abandoned in 1885 following a landslide. With a checkerboard urban structure, the village was designed to accommodate 1600 people and to create a perfect coexistence: Count Rendina, who wanted its construction, assigned to all those who had moved to this country accommodation and land to be cultivated, so that poverty could be eliminated.

In addition to the immense cultural heritage, there are satisfactions for the palate too, thanks to the presence of many farmhouses where you can taste typical local dishes and local products.

A journey full of adventure and pleasure through natural landscapes that enclose centuries of history and tradition.

Ice on fire, a new documentary on climate change

Pollution, the lifestyle of the rich produces half of the emissions

Biopack, the egg container that you can plant to grow legumes