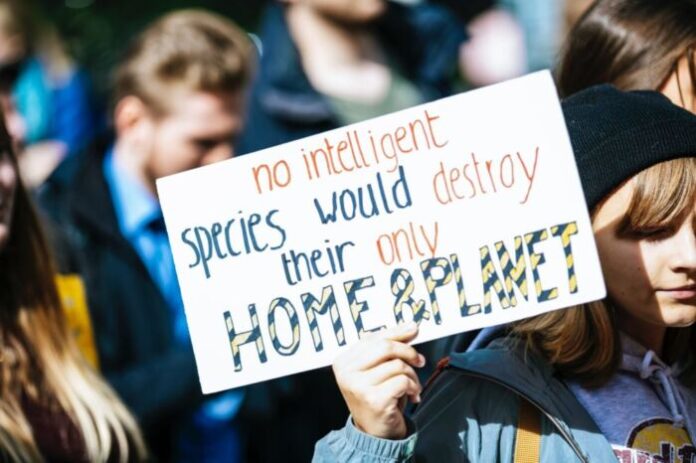 While the media headlines have rightly focused this year on the many warning signs of a planetary emergency, WWF would like to end the year on a more hopeful note. So here are some of their biggest success stories in 2019 from around the world. We couldn’t have done any of this without your support – and, with your continued backing, here’s to creating even more impact for people and nature in 2020!

Shaping the global climate agenda – With scientists warning that more than 1.5°C of warming will have catastrophic impacts, WWF is deeply involved in global efforts for urgent climate action. “We helped to shape the agenda of this year’s United Nations Climate Action Summit, which led to commitments by 65 countries, 102 cities, 87 businesses and 15 investors to net-zero greenhouse gas emissions before 2050. We also successfully highlighted the importance of nature-based climate solutions inside and outside the summit, taking part in a climate march joined by 7.6 million people around the globe”.

Innovation drives better food systems – The way we produce, consume and waste food poses a widespread threat to people and planet. Through our Food Forward innovation accelerator programme, WWF food experts have been tackling some of the most urgent food challenges, piloted at a country level but then shared globally to maximize their impact. These include a project by WWF-India to reduce waste in India’s seafood industry, one by WWF-Brazil to create links between food choices and conservation through sustainable tourism, and another by WWF-Greece providing a new way of helping young people eat sustainably. Innovation projects like these are an important way to build the foundations of a sustainable food system.

Big progress for big cats – Conserving iconic species like tigers – which face risks ranging from habitat loss to poaching – can have positive impacts on whole landscapes. The WWF-backed Tx2 partnership – composed of 13 tiger-range states with the common goal of doubling wild tiger numbers by 2022, the Chinese year of the tiger – saw strong progress this year, with Nepal nearly reaching this goal and Indian tiger numbers up by 33 per cent since 2015. We also joined governments and NGOs in Latin America in launching a major new initiative to conserve jaguars, aiming to secure 30 of the most important landscapes for the big cat – from Mexico to Argentina – by 2030.

Action on ocean plastics crisis – Eight million tonnes of plastics end up in oceans every year – a significant threat to people and wildlife. Our advocacy has helped lead to action, with Nordic, Caribbean and Pacific countries calling for a global treaty to end the ocean plastics crisis. Environment ministers also agreed new measures to prevent developing countries being used as a dumping ground for plastic waste. Nearly 1.5 million people around the world have signed our plastics campaign petition calling for a global treaty, with the campaign set to continue in 2020.

Strong progress on Amazon protection – “Our long-term efforts to secure a network of well-managed protected areas across the Amazon came a step closer this year”. A commitment of US$140 million was made by the government of Peru, WWF and partners to strengthen and expand Peruvian protected areas covering nearly 17 million hectares of Amazon rainforest. The initiative aims to make the country’s protected areas financially sustainable, protecting both people and nature. WWF also supported the establishment of a new protected area covering over 100,000 hectares in the Colombian Amazon.

Helping rivers to flow freely – Destructive dam projects threaten the amazing benefits that healthy rivers provide people and nature. And yet, a recent study highlights that only 37 per cent of long rivers remain free-flowing. “We are working hard to protect these rivers and reconnect others, successfully challenging plans this year for a mega hydropower dam in Zambia and some small hydropower dams in the Balkans. We are also driving a dam removal revolution in Europe, including a successful crowdfunding campaign that has seen barriers removed from the UK to Ukraine”.

Business action on plastics pollution – “We need to radically change the way we produce and consume if we’re going to prevent further harm to the natural world. So while our global campaign to halt the ocean plastics pollution crisis is calling on governments to act, we also recognize that just 100 companies could prevent 10 million tonnes of plastic waste entering the oceans. That’s why we’ve partnered with companies like Procter & Gamble, Starbucks and Tetra Pak to launch ReSource: Plastic – providing expert support for companies to turn commitments into meaningful, measurable action. We’re also working with partners to help businesses rethink how they can reduce, reuse and recycle plastics”.

Finance backs efforts to tackle climate change – The finance sector can play a big role in building a sustainable future for people and nature – from supporting green investment to reducing support for environmentally harmful activities. So it was great to see one of the boldest moves yet made by investors to decarbonize the global economy in 2019. A WWF-supported alliance of the world’s largest pension funds and insurers – responsible for directing nearly US$4 trillion in investments – committed to carbon-neutral investment portfolios by 2050. Investors in the Net-Zero Asset Owner Alliance are signalling that to receive investment, companies must address climate change and deliver a thriving low-carbon economy.

Indigenous peoples to benefit from US$18 million grant – Indigenous peoples and local communities play a vital role in protecting nature – but are often denied involvement in key decisions. “We have been awarded an US$18 million grant from USAID for a project to address the underlying barriers to greater participation by indigenous peoples in deciding the future of priority landscapes in Brazil, Colombia, Ecuador and Peru. The Amazon Indigenous Rights and Resources project aims to improve their involvement in decision making on large-scale infrastructure and extractives planning”.

Climate change, from the EU a new strategy for the future

Pollution, Brescia and Bergamo are the cities where people die the most