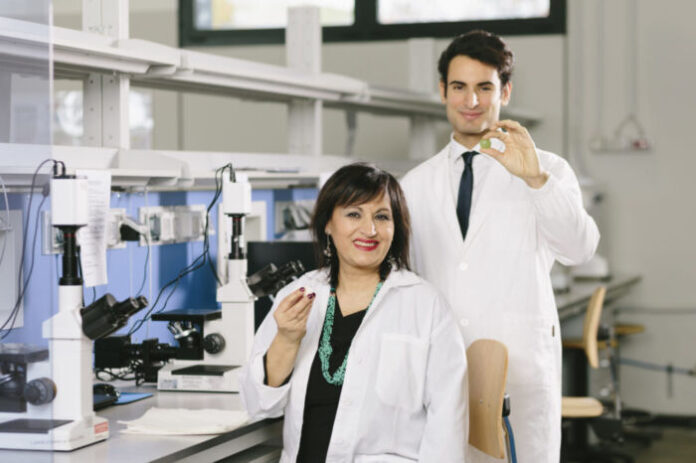 Innovative, sustainable and natural packaging capable of replacing plastic packaging: the idea was developed by IUV, an Italian start-up that launched edible and biodegradable films with the aim of replacing the plastic packaging of the Food & Beverage sector and reduce food waste. The films are in fact able to prevent the appearance of mold, yeasts and bacteria, and extend the life of food naturally.

Since May, the startup has been based in the Romagna Tech incubator in Faenza, where it is taking advantage of a twelve-month acceleration program, and was developed by 26-year-old Cosimo Palopoli, a food technologist who already made the serious problem his own from high school plastic pollution.

“The idea of ​​creating alternative packaging had been in my head since high school – says Palopoli – The problem of waste, especially plastic, and food waste have been an important source of inspiration and, with my studies at the University of Florence and Catholic University, I acquired the skills to transform an idea into a concrete project “. Currently the IUV team in addition to the CEO & Founder, Cosimo Maria Palopoli, makes use of the collaboration of Maria Lucia Gaetani, biologist-nutritionist and CTO, and Andrea Sala in the role of business analyst.

IUV products are based on Columbus’ egg technology, an edible-biodegradable packaging system obtained from a patented mix of biopolymers of natural origin. The proposed solutions are mainly aimed at food in the fruit and vegetable, dairy, flour and baked goods, meat and peach products as well as drinks and creams; but in the future there is also the ambition to be able to touch potential markets such as cosmetics and pharma. The technology also offers the possibility of enhancing the production waste of the food industries from which it is possible to extract plasticizing and thickening elements for the production of packaging and films, substitutes for plastic packaging.

“Starting from the Columbus egg, we have developed two lines – explains the company’s CEO – that of edible and biodegradable films and those of films. Both are mainly applied in the Food & Beverage sector. The films are colorless, odorless and tasteless coatings that are applied on fresh products and allow to give the packaged product specific technical specifications, such as number of layers, dimensions, thickness, color, aroma and flavor through the use of by-products and waste from the agri-food industry “.

Based on the customer’s needs, it is possible to further improve the shelf-life of the food by including natural or synthetic antimicrobials, authorized by current legislation. Furthermore, it is possible to enrich the coating with products functional to the well-being of the consumer, such as probiotics and prebiotics.

“The films are suitable for disposable packaging and can replace plastic packaging, for example, in single portions, snacks, snacks and pasta. Being soluble, as well as biodegradable, it is possible to dissolve them in water “. However, edible coatings and films are currently not intended to replace traditional materials for the packaging and prolonged storage of food, but are conceived as an integration.

The packaging solutions proposed by IUV have particularly impressed for certain qualities, as well as for their positive impact on the environment: scalability, essential for the technology to be adopted by companies that produce on large volumes; versatility, extremely advantageous for those who work on multiple product lines; customization, able to guarantee maximum compatibility and synergy between the envelope and the content.

The companies that produce fresh food, as well as the large-scale distribution companies, are also highly interested in another of the main advantages ensured by the IUV technology: the improvement of the conservative quality of the food and the extension of the shelf-life of the same. Last, but not least, the advantage of optimizing the weight of the finished product (content plus wrapping) which brings with it a double benefit: a cost saving and a lower environmental impact both deriving from the lower mass to be transported.

The Columbus’egg project, already in its infancy, was awarded with the Silicon Valley 2017 Mindset Program, in the 2018 edition of the Gaetano Marzotto Award with the Corporate Fast Track alongside Illycaffè SpA, and above all through the award from the idea to the The opportunity to enter the acceleration and incubation program at Romagna Tech SCpA is now underway in addition, last October, startup was selected to represent Italy in Japan at the fourth edition of the Italian Innovation Day, organized by the Italian Embassy in Tokyo.