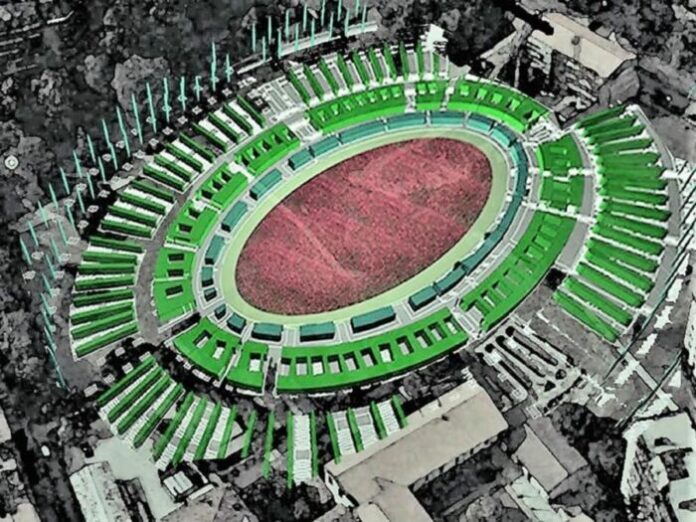 For some years Milan is working on the reconstruction of the Roman amphitheater of Mediolanum, built in the first century after Christ and similar in size to the Colosseum. The building underwent a process of degradation and abandonment in the following centuries, due to the socio-economic crisis in which the Roman empire was pouring and in conjunction with the spread of Christianity. Between the 4th and 5th centuries it was used as a quarry for materials for the construction of thebasilica of San Lorenzo. Its definitive demolition is connected to the Gothic war in 539.

The building, of which little is currently left, will be “brought back to life” in a surprising and new way, so far possible, but little considered. If in past times reconstruction was made with real wall integrations, today the most used method is certainly projection and virtual reconstruction. The use of 3D and VR have now become the means to integrate the missing elements and to guarantee even virtual use of the reconstructions of buildings and artefacts.

The project of the Amphitheater, innovative and eco-sustainable, involves the planting of a large elliptical garden of boxwood, myrtle and privet surrounded by a double row of cypresses to outline the plan of the amphitheater. The choice of plants is not accidental, but it proposes arboreal elements present in Italy since Roman times. The plants will be placed in underground tanks to avoid contact and the danger of invading the roots. The twelve surviving radial partitions will remain visible, with a perfect integration between ruins and greenery.

The idea of ​​a walk in a garden with historical and natural nuances has ancient origins: it is enoughto bring back the drawings of the ruins of the late fifteenth century to find villas with gardens, in which the green combines with the ruins. At the beginning of the twentieth century the archaeologist Giacomo Boni decorated the excavations on the Palatine Hill with a precious Italiangarden adorned with cypresses, laurels, peonies and camellias. A green reconstruction was alsocarried out in the 1930s by Antonio Munoz, who placed box hedges in place of the columns to complete the Temple of Venus in Rome.

The idea of ​​recreating ancient floor plans and volumes could really represent an excellent alternative for recovering cities through the creation of new green areas and for a tourist use that integrates environment and history. The project, among other things, also envisages the creation of a path through an enlarged “archaeological park”, which should join the area of ​​the amphitheater to the Columns of the Quadriporticus of San Lorenzo to join the park of the early Christian basilicas.

A way to go through history with a physical journey, a walk in which the tourist’s eye and mind can observe and visualize the ancient buildings and try to create their own image of the Roman Mediolanum, passing from the modern city and metropolitan traffic to the amenity of a garden full of past and silence.

By the summer it will be possible to visit a first part of the work in the Ticinese area and it is assumed that by the summer of 2021 the entire project, carried out by the superintendent AntonellaRanaldi and financed by private sponsors and by the ministry, will be conducted complete.

Milan continues to establish itself as the greenest city in Italy and as the metropolis most sensitive to the philosophy of eco-sustainability and the green economy: it is a model for the whole nation and for the vast international panorama.

And the “natural” amphitheater represents an important part of this important green revolution thatinvolved the way of designing a modern city and, at the same time, aware and attentive to the greatheritage that the Earth offers.

You just have to wait and book a trip for the next summers in the city of parks and trees, to be able to enjoy a return to the past in the name of greenery and history.

Wellness is more green with the eco-friendly spas

Flooding in Italy: the climate crisis is the greatest threat to...