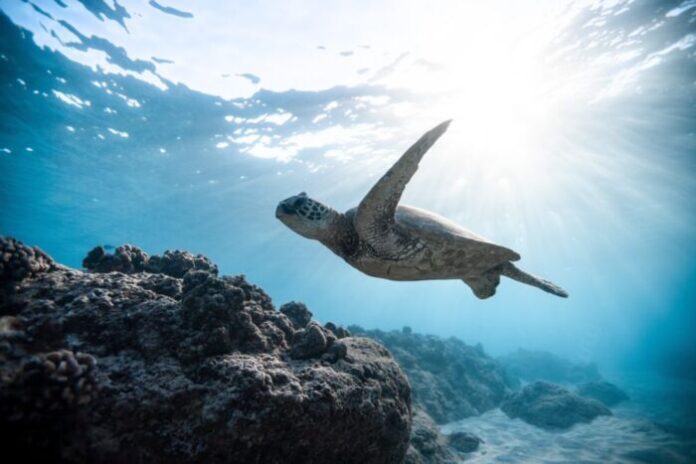 Plastic in the seas is one of the most alarming phenomena caused by excessive consumption of plastic material and its incorrect disposal and recycling. The danger is mainly due to the fact that marine animals ingest particles of plastic and microplastic that lead them to death or at least risk becoming part of the food chain arriving on our tables.

At least 116 different species in the Mediterranean have ingested plastic; 59% of these are bone fish. Also included in this percentage are those of commercial interest such as sardines, red mullet, gilthead, cod, anchovies, tuna, scampi, red prawns; the remaining 41% consists of other marine animals such as mammals, crustaceans, molluscs, jellyfish, turtles, birds. These are some of the results of a study, also conducted by ISPRA researchers, included in the chapter of the book “Plastics in the Aquatic Environment – Current Status and Challenges” published by Springer Nature, which describes the impact of waste on marine life in the Mediterranean, a sensitive ecosystem, characterized by high biodiversity but also one of the most threatened ecosystems in the world of marine waste, on a global scale mainly composed of plastic.

128 documents reporting impacts of marine litter on 329 categories of Mediterranean organisms were analyzed. It is currently the largest and most up-to-date study on the entire Mediterranean. If there is too much plastic in the stomach of the fish, it also happens that envelopes and bottles become carriers or transport environments for different species.

168 categories of marine organisms transported by floating objects (mainly plastic) have been traced, even in environments where they had not been traced before; among these, there are also pathogenic bacteria that can cause diseases in the fish that ingest them. The most common organisms transported by marine waste are arthropods (crustaceans) and Cnidarians (gorgonians, corals). Marine litter, in particular fishing lines and nets, can also destroy, injure and suffocate coral and gorgonian colonies even in very deep and remote environments.

World production of plastic has increased from 15 million in 1964 to over 310 million today, and every year at least 8 million tons end up in the world’s oceans. The plastic reaches the sea due to poor waste management, but also due to the overproduction of packaging and disposable products that are put into circulation by the food industry and beyond.

To limit the damage, the European Union has approved a directive against disposable plastic, which is one of the main types of plastic found in the Mediterranean. Plastic can affect marine organisms through ingestion and entrapment and impacts vary depending on the type and size. At least 44 marine species are subject to entrapment in plastic, particularly fishing nets. Trapping often leads to death by drowning, strangulation or malnutrition, especially for marine mammals; the Caretta caretta sea turtle is the Mediterranean species most subject to entrapment and it is also one of the main species of the Mediterranean known for ingesting plastic (the first evidence of Caretta’s ingestion of waste dates back to the mid-80s): it has in fact been identified as a species indicative of the ingestion of waste in the framework of the Marine Strategy.

Several species threatened and therefore included in the Red List of the International Union for Conservation of Nature (IUCN) – from red coral, through bluefin tuna, spurdog, and coming to the sperm whale – are compromised by marine litter. While the study reveals the widespread effects of marine waste, and in particular of plastic, on Mediterranean marine organisms, on the contrary, there is no scientific evidence of negative effects of the ingestion of microplastics in fish, nor of the transfer of microplastics up to man.

The Climate Clock in Rome: How much time do we have before the climate...

Italians prefer second hand. And many will recycle Christmas gifts