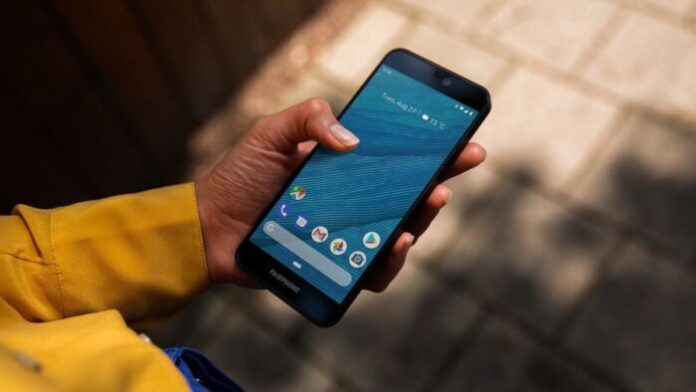 Three years after the release of its last handset, Fairphone has announced the Fairphone 3, its latest attempt at a sustainable smartphone. The Fairphone 3 attempts to deliver on this promise by being easy to repair and by being constructed out of responsibly-sourced, conflict-free, and recycled materials where possible. Fairphone’s betting on a world full of long-lasting repairable phones that would significantly reduce CO2 emissions — a goal shared by iFixit and others in the right-to-repair movement.

Fairphone says that its latest handset is easy to repair thanks to being constructed out of seven modules. This is a similar approach to what the company used for its previous phone, 2016’s Fairphone 2, which earned it a 10/10 repairability score from iFixit. However, the company has struggled to offer long-term repairs for its phones in the past. It had to cease support for 2013’s Fairphone 1 in 2017 after it could no longer afford to continue producing spare parts.

Fairphone has attempted to use materials that are as ethical as possible for its third handset. The tin and tungsten used in its construction is conflict free, the gold is Fairtrade, and the copper and plastics are recycled. Fairphone is also working to improve its sourcing of cobalt, an ingredient in lithium-ion batteries often mined under conditions that violate human rights. Recycling initiatives will reward buyers for recycling their previous phones when they buy the Fairphone 3 in certain countries, and the company is also working to improve health, safety, and pay for the factory workers assembling the phones.

Understandably, given Fairphone’s focus on making a phone that’s sustainable rather than a portable powerhouse, the Fairphone 3’s specs aren’t competitive with other flagships we’ve seen this year

Fairphone calls its own product “a phone that is designed to last.” To ensure that, the phone is made up of seven modules that can be easily switched with repair parts. It’s got a 5.7-inch Full HD display, a 12-megapixel rear camera, and an 8-megapixel front-facing camera. Internally the phone is built around a Qualcomm Snapdragon 632 processor, and features 4GB of RAM and 64GB of internal storage that can be expanded to more than 256 GB with a MicroSD card. It also comes with Android 9, but TechCrunch reports that a future upgrade will allow users to instead opt for the Android Open Source Project. Its 3000 mAh battery might not be the biggest around, but it’s removable, allowing you to easily replace it if its capacity starts to degrade.

Sustainability, IBM’s green race: “The target set for 2025 has been reached”