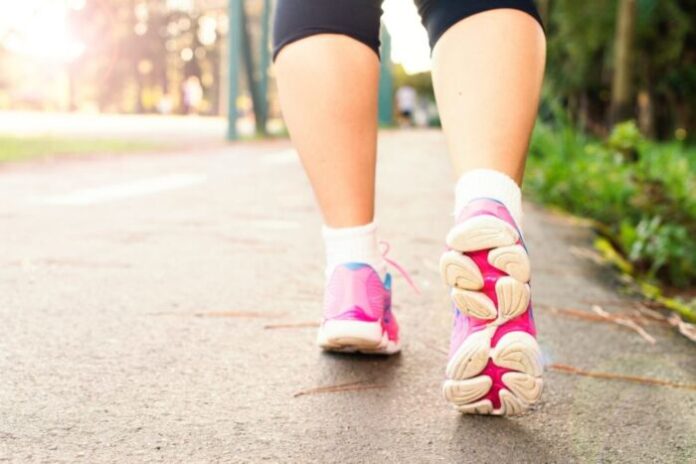 Is walking in the city good for health? It seems so, despite the fact that the pollution levels are much higher than in the mountains. It seems, in fact, that the passenger compartment of the car does not protect us from inhaling the fine dust and fumes from the exhaust pipes, while walking reduces the health risks deriving from exposure to harmful substances.

It is estimated that air pollution kills around 3 million people worldwide every year, more than flu, malaria and AIDS combined. The silent killer takes the form of the invisible PM10 fine particles and above all the even smaller PM2.5.

Since 2008, the World Health Organization has systematically monitored the air of the main urban centers on the planet, collecting data on 3,000 cities in 103 countries. The picture that emerges is quite bleak. 80% of the cities monitored have an average level of particulates above the maximum limit indicated as the alarm threshold. 98% per cent of cities in developing countries with more than 100,000 inhabitants do not adopt the recommended measures to reduce pollution, a percentage that drops to 56% in the case of developed countries.

Every year new studies confirm the harmful effects of industrial and motor vehicle traffic pollution. In some areas of the world, India and China in particular, many cities are at the top of the less sought after rankings of the most polluted cities on the planet. Particulates are not the only health risk agents in the city.

The situation in Italy

In a ranking drawn up by the WHO regarding the 50 most polluted European cities by concentration of PM2.5, Italy is the only western country present with three municipalities – Soresina, Settimo Torinese and Brescia – making it the fourth most polluted country in the European Union after Poland, Bulgaria and the Czech Republic, with overall concentrations in the Po valley similar to those of the more polluted Eastern countries.

Reading these data, it is easy to think that walking around the city is not good for you. Instead, according to a 2016 study by the Center for Diet and Activity Research (CEDAR) of the University of Cambridge, the health benefits of cycling or walking outweigh the risks of inhaling harmful substances to a great extent. part of the cities of the world, including many of those in which there is unanimously a pollution alert.

The conclusion reached by the international team of researchers coordinated by the prestigious British university is that only 1% of cities in the world have such high levels of pollution that biking or walking could worsen a person’s health.

In 99% of the remaining cities it is possible to cycle or walk with health benefits at least up to two hours a day, in the worst case.

Risks vs Benefits: Better to walk

Cambridge scholars tried to quantify the risk and benefit in relation to the duration of physical activity. Taking into consideration Delhi, one of the most polluted cities in the world – around 20 times London and 10 times Milan – they came to the conclusion that one should cycle more than five hours a week before the pollution risks outweigh the health benefits. To be precise, two duration criteria are identified. A period of time beyond which the movement has no benefits and one beyond which the pollution becomes harmful again.

Those who go on foot have benefits up to 90 minutes a day, while they no longer receive up to 6 hours a day, after which time pollution is again harmful. If we wanted to report these data to us we could say that in a metropolis like Milan or Rome you can walk with benefit for at least ten hours, that is, walking is always good.

The confirmation comes from another study, conducted by the Belgian University of Hasselt, which aims to verify who was most exposed to pollution among those who travel on foot, by bicycle, by car or bus. The subjects most exposed to pollutants were those in cars – at the wheel and passengers – and on buses. In particular, those who ride a bike or walk would be exposed to a degree of 50 percent less than those who stay in a vehicle.

Iceland held a funeral for its first glacier lost