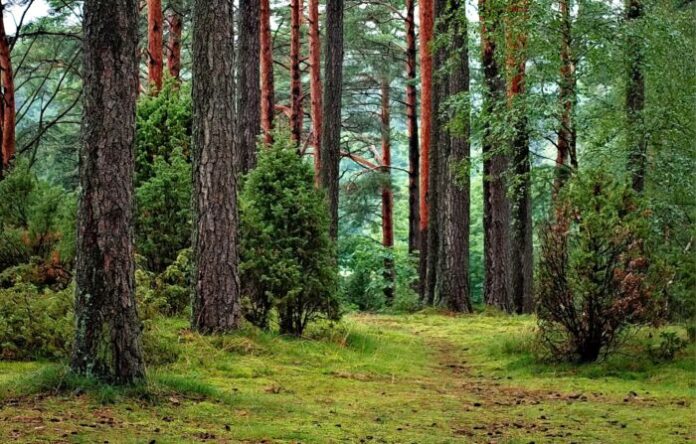 In recent years, the idea of ​​sustainable tourism in contact with nature has spread, to rediscover unspoiled places and travel respecting the environment. Green and zero-impact locations are increasingly sought after, but above all people want to immerse themselves in nature to leave behind the stress of the city and the daily tram tram.

For this reason, a very interesting practice has spread, Forest Therapy or Shinrin-Yoku, which can be practiced in the woods, where it is easier to find authentic contact with nature, its colors and its smells. But, if you really can’t get into a real wood, you can always go to the city parks, the important thing is that there is a lot of green.

The practice of Shinrin-Yoku originated in 1982 in Japan as part of a national health program designed to reduce the stress levels of the population. It is not a simple walk in the green, it is a real immersion in nature, which combines science and spirituality to bring well-being to the body and mind.

The benefits of Forest Therapy

The numerous studies carried out have shown that Forest Therapy is really able to reduce stress, lower adrenaline levels, counteract hyperactivity, stimulate the parasympathetic system, responsible for relaxation, reducing the reactions of the sympathetic one used for function of fight-flight, go to work on blood pressure and lead to a number of other positive effects for humans.

The advantages, therefore, are innumerable. The Forest Bathing, a full-fledged nature bath, is an immersive experience in truly regenerating greenery, capable of operating a physical and mental detoxification thanks to the numerous benefits that trees and plants have on the human nervous system.

But that is not all. The leaves of the trees release substances that produce beneficial effects designed to work on the immune system and on the activity of NK (Natural Killer) cells, used to protect the latter: for example, it has been shown that after three nights in the forest there is a increase in the activity of these cells from 17% to 27%.

Where to do Forest Bathing in Italy

Doing Forest Bathing in our country is really very simple: although a tree-lined place is enough to devote yourself to this practice, there are many places in the various regions where there are real paths dedicated to this relaxing practice.

Two Italian experts, the ecodesigner Marco Nieri and the agronomist Marco Mencagli, have dedicated studies to this practice, monitoring the electromagnetic activity of plants to verify their effects on humans, so much so that we can now speak of a real Forest Therapy in Italy officially recognized.

From Piedmont to Tuscany passing through Trentino and Lazio, there are many Italian regions where you can practice Forest Bathing. In the north it is possible to do Forest Bathing in Piedmont, in the Zegna Oasis where the Bosco del Sorriso stands and where paths and trails suitable for the whole family have been organized.

In Trentino there is a beautiful bio-park of beech trees in Fai della Paganella where you can immerse yourself fully in nature. In Friuli it is possible to do Forest Therapy in the Natisone Valleys.

In the central regions it is possible to enjoy the benefits of this activity in Tuscany in the Amiata Mountains and in the Maremma Park, among holm oak trees and plants typical of the Mediterranean scrub, for a truly suggestive and regenerating experience.

Forest Bathing in Lazio is also very popular: in particular it can be practiced in the National Park of Abruzzo, Lazio and Molise, where the landscape is dominated by beech forests, but also in the Circeo Park where the paths pass through ash trees, black alders and some specimens of aspen.

A new virtual journey in Italy through mountains and waterfalls

Glass is the future of sustainable packaging