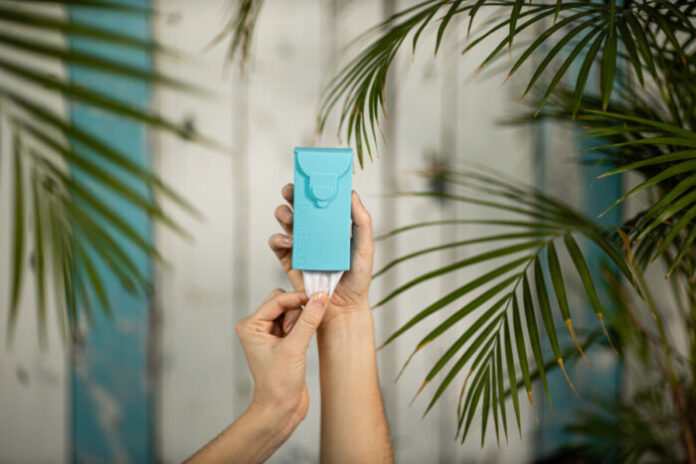 Following a successful crowdfunding campaign that raised $1.3 MM on a reusable Q-tip called LastSwab, LastObject is back with their second product, LastTissue. LastTissue launches on Kickstarter and aims to bring the handkerchief back to mainstream culture. One LastTissue pack contains six reusable handkerchiefs made from 100% organic cotton, fitted into a 100% silicone, dishwasher safe carrying case.

Tissues and single-use items are destroying the planet. Every day more than 41 million trees are cut down around the world. Deforestation leads to direct loss of wildlife habitat and removes the effect the trees have of cleaning our carbon emissions to breathable oxygen. LastTissue aims to help alleviate this global crisis.

“We designed LastTissue because the paper and pulp industry is the third-largest industrial emitter of global warming gasses. The climate emergency we are in is a sign that humans must stop and think differently about single-use items. The big problem with single-use is people’s habits, which is why we are creating mainstream daily-use products that are reusable” commented LastObject co-founder, Isabel Aagaard.

Buy three packs of LastTissue for $39 USD now on the Kickstarter campaign ending March 12th. The founders of LastObject are designers from Copenhagen, Denmark. Isabel Aagaard, Nicolas Aagaard and Kare Frandsen are on a mission to end people’s reliance on single-use products by giving them reusable alternatives. LastObject launched April 2019 with its first product, LastSwab, through the crowdfunding platform Kickstarter. LastSwab lasts up to 1,000 uses and is the easy-to-clean, reusable alternative to the abundant waste caused by the 1.5 billion cotton swabs produced every day. With their products, they aim for people to think differently. LastObject hopes to empower people to be the change and #SwabYourHabits.

Coronavirus: the collection of hospital waste is tripled

Focus on climate change at the Italian Pavilion at the Biennale