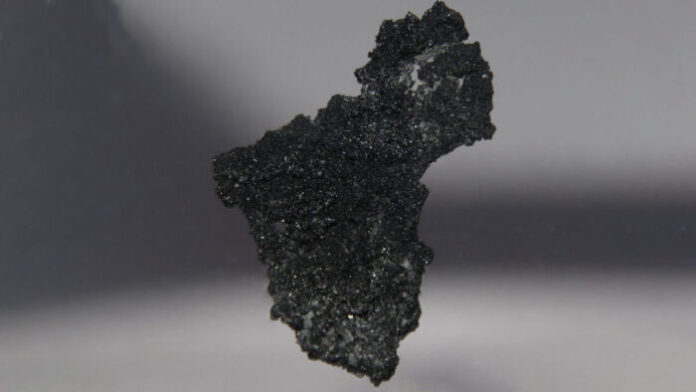 Borophene is the new material of the future and can have many applications in every field, from batteries to electronics, from chemistry to physics. This material is intended to replace graphene, which until recently was a turning point, due to its properties that make it even stronger and more flexible.

Not so long ago, graphene was the great new wonder material. Because it conducts electricity, materials scientists raised the prospect of a new era of graphene-based computer processing and a lucrative graphene chip industry to boot. The European Union invested €1 billion to kick-start a graphene industry.

This brave new graphene-based world has yet to materialize. But it has triggered an interest in other two-dimensional materials. And the most exciting of all is borophene: a single layer of boron atoms that form various crystalline structures.

The reason for the excitement is the extraordinary range of applications that borophene looks good for. Electrochemists think borophene could become the anode material in a new generation of more powerful lithium-ion batteries. Chemists are entranced by its catalytic capabilities. And physicists are testing its abilities as a sensor to detect numerous kinds of atoms and molecules.

Borophene turns out to be stronger than graphene, and more flexible. It a good conductor of both electricity and heat, and it also superconducts. These properties vary depending on the material’s orientation and the arrangement of vacancies. This makes it “tunable,” at least in principle. That’s one reason chemists are so excited.

Borophene is also light and fairly reactive. That makes it a good candidate for storing metal ions in batteries. “Borophene is a promising anode material for Li, Na, and Mg ion batteries due to high theoretical specific capacities, excellent electronic conductivity and outstanding ion transport properties,” say Wang and co.

This means that it could replace the current lithium batteries, present in smartphones and other electronic devices, which are non-degradable or toxic and represent a real problem for the environment.

Hydrogen atoms also stick easily to borophene’s single-layer structure, and this adsorption property, combined with the huge surface area of atomic layers, makes borophene a promising material for hydrogen storage. Theoretical studies suggest borophene could store over 15% of its weight in hydrogen, significantly outperforming other materials.

Nevertheless, chemists have some work to do before borophene can be more widely used. For a start, they have yet to find a way to make borophene in large quantities. And the material’s reactivity means it is vulnerable to oxidation, so it needs to be carefully protected. Both factors make borophene expensive to make and hard to handle. So there is work ahead.

But chemists have great faith. Borophene may just become the next wonder material to entrance the world.

Beyond any distance: ecotourism arrives at home with virtual tours

Soil consumption, more cement than birth rate in Italy: another 57 km2 of land...