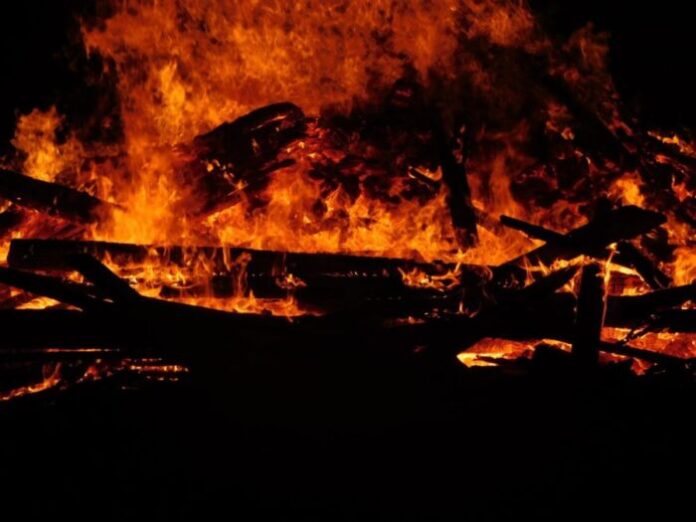 Arctic is in full climatic emergency. It has been over a month now that the fires are devastating vast areas of Siberia and Alaska, beyond the Arctic Circle. Greenland is also involved to a lesser extent.

The world is watching, worried and incredulous, for what is happening in the Arctic regions and for the consequences that these very large proportions could have on the planet. In a few days, in fact, about 100 megatons of carbon dioxide were emitted into the atmosphere, a figure equal to the quantity of carbon dioxide produced in a year by a nation like Belgium.

Scientists are alarmed by the fact that not only tree trunks are burned but peat soils, which are nothing but carbon deposits themselves. This makes the flames even more difficult to tame and amplifies the gravity of the ecological catastrophe because they increase the quantity of CO2 released into the atmosphere and global warming exponentially.

In short, an endless spiral, given that global warming and climate change are the basis of all the anomalies we are experiencing in the last period. Environmentalists fear that this situation may accelerate the melting of glaciers in the Arctic.

It is not the first time that Siberia has been hit by fires in the summer but this year the phenomenon is out of control. The cause probably lies in the increase in temperatures, which complicates the operations of extinguishing the fire. Suffice it to say that June was the hottest month ever recorded before and it will probably be the same also for July and August.

President Vladimir Putin, after letting local authorities handle the crisis, declared a state of emergency and mobilized the army. In support of the firefighters, almost 2,700 summoned, the Defense Minister sent aircraft and helicopters, which are intervening in the territory of Irkutsk, to Verkhojansk and the Krasnoyarsk region.

US President Donald Trum called his counterpart in Russia to offer help in taming the flames. The offer was promptly rejected by the Kremlin, although, Putin admitted, this gesture is a clear sign that “relations can be totally restored” between Russia and the US “in the future”.

“Climate change leads to the most unexpected and unpleasant consequences when we are drowning and burning at the same time. To avoid catastrophic scenarios, it is necessary to reduce greenhouse gas emissions: stop the burning of oil, coal, gas, prevent fires, restore forests, change the habits of people linked to the waste of planetary resources “, said Vladimir Chuprov , head of Greenpeace energy program in Russia.

Even Nicolai Lilin, the Moldavian writer author of the bestseller Siberian Education, said about the story: “The situation in Siberia gets worse every hour. Today the forest area affected by the fire has crossed the threshold of four million hectares, is twice as much as yesterday. Unfortunately the climatic conditions are favorable to the development of the tragedy, the witnesses tell that the gusts of the wind are like the blows of flamethrowers ”.

To make matters worse, even the severe floods caused by bad weather in some areas. In the Irkutsk region of Siberia, many thousands of people have been evacuated due to a new violent flood. According to the rescuers, hundreds of agricultural lands and homes have ended up submerged by water. The highways are flooded, in the districts of Shelekhovsky and Ziminsky, over 500 children and workers have been evacuated from four colonies.

A disaster of epic proportions, which the world cannot simply stand by and watch. Much has been said about climate change and the need to intervene promptly but the beautiful words spent still have not translated into facts. A nice handshake and everyone at home.

But nature, once again, reminds us that there is no time to lose, that implementing global policies to protect the environment is urgent and necessary. This summer will mark a clear turning point in the political debate on climate change, but in the meantime there are already those who are paying the costs.

In India, old plastic bottles to pay for school fees