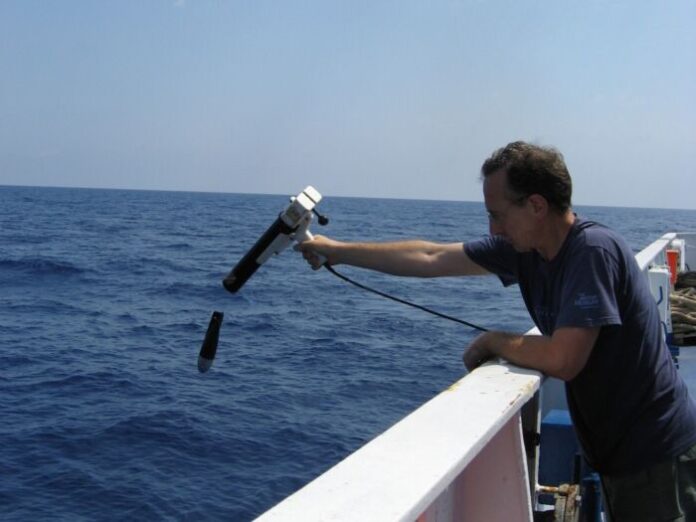 In 2020, the oceans reached the highest global average temperature ever recorded. This is what is evidenced by the study of an international team of scientists including Italian researchers ENEA and INGV, which also shows that the five warmest years have all occurred since 2015 and each of the last nine decades was warmer than the previous decade. .

According to the study entitled ‘Upper Ocean Temperatures Hit Record High in 2020’ just published in the international journal Advances in Atmospheric Sciences, the global average temperature of the ocean in 2020 is the warmest value recorded so far. But that is not all. The analysis also shows that the five hottest years on record have all occurred since 2015.

The 2020 data shows that the ocean layer between the surface and 2,000 meters deep absorbed 20 Zettajoules of heat compared to the previous year, equivalent to the heat produced by 630 billion hair dryers running day and night for a whole year. .

For the role that the ocean plays in modulating the Earth’s climate, the heat content of the ocean is the best indicator of whether the planet is warming or not. As stated a few days ago for the atmospheric sector by the European Copernicus Climate Change service, 2020 and 2016 are the two hottest years ever recorded considering, however, that 2016 was the year of El Niño, the climatic phenomenon periodic that determines a strong warming of oceanic waters.

“90% of the heat of global warming ends up in the oceans so in reality ‘global warming’ is nothing more than ‘ocean warming’, underlines Simona Simoncelli of the INGV of Bologna and Italian co-author of the study together with Franco. Reseghetti of the ENEA Marine Environment Research Center S. Teresa.

The value of warming determined in this paper also provides a picture over the long term. In fact, each of the past nine decades turned out to be warmer than the previous decade. The graph below compares the value for 2020 with some previous decades.

Ocean warming, for decades, since the 1940s

“The observed warming has consequences: the Earth is getting warmer every year and this is not just a problem of academia, because climate change affects our lives and our society on a daily basis. The lives of an increasing number of people are being seriously endangered and unfortunately not enough is being done to try to limit the harmful effects of global climate change ”, highlights ENEA researcher Franco Reseghetti.

The planet and the ever-warming oceans have surprising and terrible effects such as, for example, the very large fires that have broken out in Australia, parts of the Amazon region and the western United States. Such extreme phenomena are unfortunately destined to become more and more common in the future. Furthermore, warmer oceans lead to greater warming of the atmosphere and a warmer atmosphere causes more intense rains, a greater number of storms and hurricanes, moreover of greater intensity, also increasing the risk of flooding.

For example, a record number of storms hit North America in the North Atlantic this year, the same phenomenon occurred in Vietnam, and the Fiji archipelago was recently devastated by a Category 5 hurricane ( maximum value). It is therefore the whole planet that is affected by the phenomenon of warming, not just some specific area.

The Mediterranean is the sea that has warmed the most

The countries of the Mediterranean area were also hit by major summer fires (Spain, Portugal, Greece and Italy), and suffered damage from tornadoes and rains of extreme intensity in the hottest year ever measured in Europe.

According to the researchers, “The Mediterranean Sea is not far behind, on the contrary: of all the areas analyzed in detail in this research, the Mediterranean is the basin that shows the highest rate of warming in recent years, confirming what was already found in the ‘Ocean of the European Marine Service Copernicus of 2016 and 2018, continuing a process that began about thirty years ago but with a higher increase compared to other oceanic areas “.

The scientists of the team were able to complete the study, despite the difficulties related to the pandemic, thanks to the use of new methodologies for the analysis of sea water temperature data and various types of probes that made it possible to reach 2000 m . depth.

“The results obtained are proof that there are far-reaching global effects on the environment and society, therefore, there is a strong invitation to intervene to significantly limit greenhouse gas emissions and at the same time adapt to the consequences now inevitable of the incessant warming that has taken place in recent decades ”, conclude the researchers.

In addition to the international collaboration of the highest level, the study is the result of a solid multi-year partnership between INGV and ENEA relating to the analysis of the water column temperature monitoring data along the “Genoa-Palermo” commercial shipping line which will continue in the next three years as part of an INGV project. Continuous monitoring along this route is in fact an important component of the global observation system of the oceans.

Distance learning, teaching is to build bridges of hope towards the future

Pollution, Brescia and Bergamo are the cities where people die the most