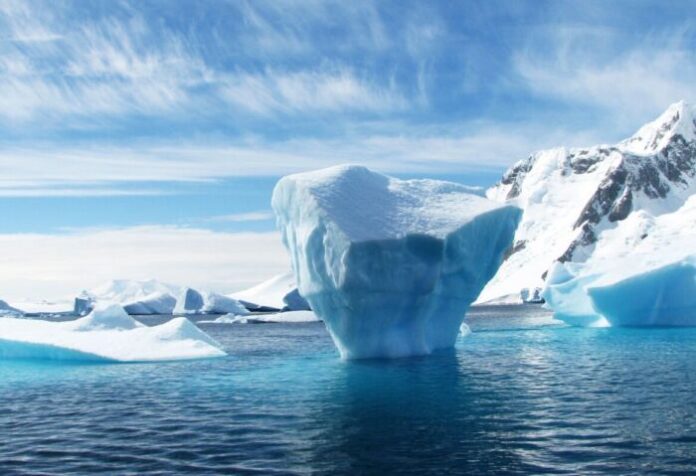 The situation of glaciers around the world is worrying. Yesterday news came that the Milne ice shelf, on the northwest coast of Ellesmere island of Nunavut, Canada, disintegrated, splitting into two large pieces and letting large blocks of ice drift into the Arctic ocean. Causing the collapse of Canada’s only still intact ice shelf was the dramatic rise in temperatures, 5 degrees higher than average.

The Milne ice shelf was the last of the Canadian ice to break, recalls Carleton University: at the beginning of the twentieth century, in fact, in the Canadian Arctic there was a single 8,600 square kilometer ice shelf that stretched along the coast northern island of Ellesmere. By 2000, the block had split into six large ice shelves and several smaller ones covering a total area of ​​1,050 square kilometers.

Global warming is also responsible for the melting of the Greenland Ice Sheet which, according to an international research team led by scientists from the Ohio State University School of Earth Sciences, United States, has reached a sort of “point of no return”, and it will continue to melt regardless of what we do to combat climate change. In other words, it has lost so much ice that it is now destined to disappear, even if we were to be able to fight global warming and keep the climate a little colder than it is today.

Alarming data if you consider that up to the 1980s and 1990s the ice lost from the ice cap was in equilibrium with that “regained” through the accumulation of snow. Since the beginning of the new millennium, however, there has been an enormous loss of mass not restored by the snowfalls of the cold seasons.

According to the research “Dynamic ice loss from the Greenland Ice Sheet driven by sustained glacier retreat” published in the scientific journal Communications Earth and Environment, beyond the catastrophic environmental impact that the loss of Greenland would entail, it should not be forgotten that the ice lost from island – under the jurisdiction of the Kingdom of Denmark – represents one of the main factors of sea level rise.

Last year the ice lost from Greenland contributed to an increase of 2.2 millimeters in just two months (55 tons of water lost in just five days). With current melt rates, by the end of the century, according to scientists, Greenland will help raise sea levels by just under 10 centimeters. Looking far ahead in time, up to the year 3000, it is hypothesized that the complete melting of the cap would cause an increase of 7 meters in the sea level, making all coastal areas / metropolises disappear under water, numerous islands (in particular way into the Pacific Ocean) and entire regions of the planet.

A situation that leaves us anything but calm, even in Italy. Due to global warming, Alpine glaciers are shrinking. More than 200 have already disappeared, giving way to debris and rocks. To monitor the state of health of our glaciers, Legambiente has promoted, in collaboration with the Italian Glaciological Committee, the Caravan of glaciers which, from 17 August to 4 September, will assess the health of 8 glaciers along the Alps in 6 stages the spotlight on the topic of climate change in the mountains.

“The comparison between today’s reality and old photographs of glaciers leaves no doubt about the phase of reduction they are going through – writes the environmental association – A worrying phenomenon that is occurring all over the world. The rapid retreat of the glacial fronts does not only result in the loss of fascinating landscapes and biodiversity, it is equivalent to the disappearance of important reserves of fresh water. Furthermore, the permafrost (the permanently frozen ground), degrading causes instability on the slopes with heavy risks for the high altitude infrastructures”.

In New York, the clock that marks how much time we have to save...

Forest Therapy: what it is and where to practice it in Italy