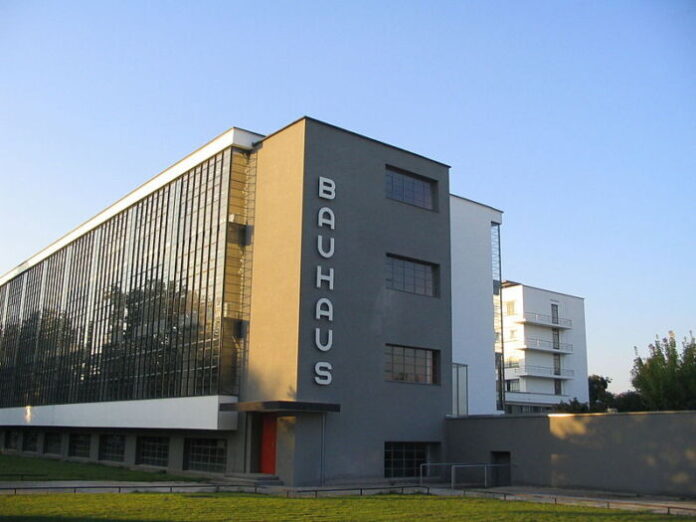 The New European Bauhaus is part of the NextGenerationEU, the 750 million euro plan launched by the European Union to promote recovery, especially in consideration of the effects of the pandemic on the territory.

Based on the principles of Gropius’s Bauhaus, the New European Bauhaus is an environmental, economic and cultural project that will have the task of changing the face of the European Union; the idea is to act in an interdisciplinary perspective, promoting the dialogue of science with technology and, more generally, between culture and art, as the Bauhaus had already taught us.

It aims to be the beginning of an aesthetic and urban planning revolution in a green key, in the name of eco-sustainability, in line with what was expressed in the past by the architects and designers of the Bauhaus; even if the main objective of the European strategy remains to reduce emissions and energy poverty, generating multiple benefits from an economic, environmental and social point of view.

The legacy of that movement, in fact, did not go unheard and continues to influence architecture and town planning even today. Among other things, one should not underestimate the revolutionary significance of Bauhaus thought thanks to modernist aesthetics, internationalism and social progressivism. Recovering the work of architects such as Mies van der Rohe and Marcel Breuer is equivalent, in some ways, to a recovery of European identity as a spur towards future change.

The Bauhaus was not simply a school of architecture, as it also had the role of a school of applied art. The basic aim was to look for a method by which you could come to the project and design with rigorous functional analysis of objects and buildings. The priority, therefore, was not style, but the search for rationally functional solutions.

The school’s motto, taken up by Ernesto Rogers in the Athens Charter in 1952, was “From the spoon to the city”, which indicated how the Bauhaus method was applicable both to the design of small objects and to the design of entire cities, on all levels of scale. In fact, the spoon referred to the smallest scale and, at the same time, to the private and intimate sphere, while the city indicated the larger scale, but also the public sphere.

The project consists of three phases. In the first phase of the design there is a dialogue and a comparison between designers, architects, artists, digital experts, scientists, entrepreneurs, engineers and students with the aim of evaluating new ideas and giving life to a real movement.

In a second moment, five projects will be delivered to different states of the Union and will have to be carried out with the aim of bringing together art, culture and sustainability, in accordance with digital innovation, energy efficiency, natural building materials and local conditions.

The last phase concerns the dissemination of ideas beyond the European territory, but also among the people. Sustainability, reconnection with nature and the construction of buildings and cities in harmony with the green will have to become a new way of feeling the environment and conceiving the landscape.

In fact, construction is a sector that needs greater sustainability, given the fact that it causes 40% of CO2 emissions on the entire continent. The only way to go is to build with the least possible impact, focusing on the renovation of the existing building stock and increasing investments in clean energy.

Being inspired by the Bauhaus means, ultimately, having an interdisciplinary approach to urban planning and construction and giving importance to functionality and sustainability. A great lesson that finds its double in what we have learned from the pandemic: improving our relationship with the environment will prove to be the best possible solution to all our current problems.