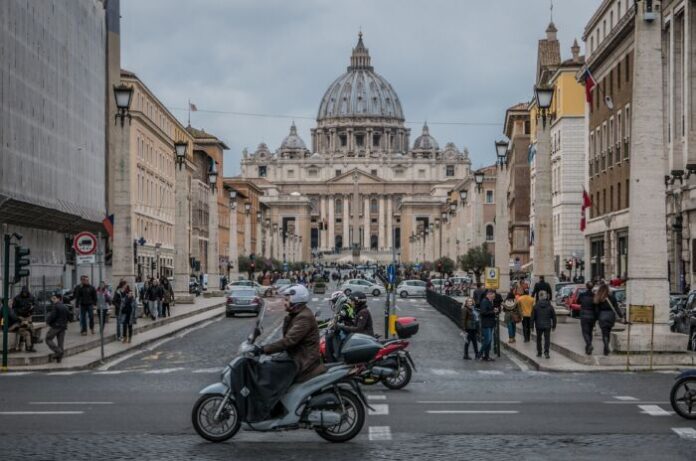 Italian cities are still very far from the mobility and safety objectives set for 2030. This is what emerges in summary from the final balance sheet of Clean Cities, the new traveling campaign by Legambiente which in the last month has turned the spotlight on the role that Italian capitals they can play for a green restart and to fight climate change.

The campaign touched 15 Italian capitals (Padua, Milan, Turin, Genoa, Bologna, Florence, Ancona, Perugia, Rome, Cagliari, Pescara, Naples, Bari, Palermo and Catania), from north to south of the country, with the accent on the main urban indicators relating to cycling, electric mobility, safety and atmospheric pollution and calling local administrations to compare. In particular, the 15 cities participating in the campaign were subjected to a “stress test” to measure their ability to respond to the 2030 goals and the need to invest in more sustainable mobility.

Legambiente analyzed the distance between the policies that the 15 provincial capitals are implementing and those to be implemented with the European funds of the National Recovery and Resilience Plan (PNRR) to achieve the objectives set by 2030 and to have a mobility system and sustainable transport more resilient in the face of future crises.

The final picture that emerges from the stress test is not the best. The traffic and safety indices are extremely serious, both relating to accidents and pollution. In particular, Rome, Ancona, Cagliari, Catania, Padua, Perugia and Pescara are among the 15 cities monitored the most polluted and least safe. The only cities that are barely sufficient for the adoption of policies to enhance cycling, 30 and 20 roads per hour, electrification of public transport and sharing mobility are Bologna, Milan and Florence.

To date still insufficient, despite the efforts, Genoa, Padua and Turin. Another element taken into consideration in the stress test is the electrification of local public transport: the 15 cities monitored by Clean Cities still have 12,500 euro 4 or earlier diesel buses in service, buses that should be replaced by 2026 with electric-only vehicles. The current PNRR plans to use European funds to buy only 5,139 buses for all of Italy, 2,730 gas-powered vehicles (CNG or LNG, which now pollute like diesel), only 2,051 electric-powered vehicles and 358 very expensive buses powered by hydrogen that we will not know how to feed (if not fossil methane yet).

“In the terrible year of Covid – comments Andrea Poggio, Legambiente mobility manager – Italy suffered a record of deaths and birth rates, but we have increased the number of cars owned by 300 thousand units. One billion euros has been spent on new car bonuses, but we have not been able to keep kindergartens and schools open. We closed the year with almost 39 million cars and 36 million driving licenses. With that figure, we could have bought 2,500 electric buses or 40,000 electric taxis and car sharing for 100 cities, reducing emissions by over 100,000 tons of CO2 per year “.

The trend of all the other cities touched by the countryside is critical: Bari, Ancona, Bologna, Cagliari, Genoa, Naples, Palermo, Pescara and Rome show a level of PM10 that fluctuates between 23 and 28 micrograms / m3. A condition that also has repercussions on the economic level: the average annual costs per inhabitant relating to the social and environmental costs of pollution (loss of years of life, hospitalization, working days), travel from one thousand to almost three thousand euros a year , a sum that represents on average over 5% of GDP per capita.

“We have decided to carry on the campaign despite the lockdown, to think and prepare for a post-pandemic that must not resemble the“ normality ”of before, made up of traffic, accidents and pollution. The resources of the PNRR can represent a unique opportunity of its kind, a great opportunity that can make cities the protagonists of an epochal change, and that must unlock policies capable of focusing on a new reality, and not moving concrete for great works ”, declares Edoardo Zanchini, vice president of Legambiente.

In general, even with regard to the extension of the road network at reduced speed (roads 20 and 30 per hour), all cities are very far from the city objectives by 2030, when all the fast-moving roads of the cities will have to be equipped of bike paths or lanes, even several hundred new kilometers for larger cities. Furthermore, by 2030, on average 80% of urban roads, will have to become 30 km / h. Roads at 50 km / h will be the exception, not the rule. In this way it will be possible to travel safely even by bike, scooter and the sidewalks will finally be dedicated to pedestrians.

In dense urban centers (Milan, Turin, Bologna, Naples, in the center of Rome) electric, public and shared mobility (from the train to the scooter) is already an economically accessible reality for citizens of all social groups, more economic and functional than ‘private car. So much so that in these urban areas the motorization rate decreases and the frequency of daily trips increases. But in general, the offer of public transport is currently insufficient, below the offer of European cities and the needs of a city with a high population density, in many metropolitan municipalities. Ditto for the offer of sharing mobility services, cars and bicycles, which although it has been present for years is still in its initial state.

A motorway for bees will be realized in Milan