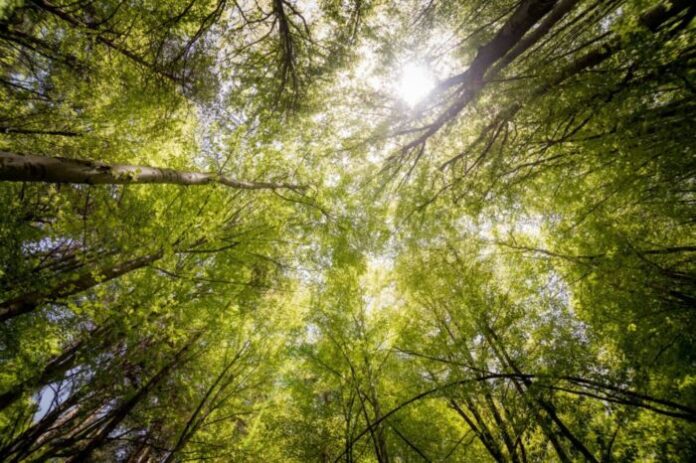 If managed differently, the EU’s forests could absorb twice as much CO2 every year, according to new research by Naturwald Akademie. [1] The study, commissioned by Greenpeace Germany, found that if logging in Europe’s forests was reduced by a third, their carbon absorption potential could be increased from 245.4 million tonnes of CO2 per year to 487.8 million tonnes – more than the entire annual domestic emissions of France – while simultaneously benefitting biodiversity and increasing the resilience of forests.

Greenpeace EU forest campaigner Sini Eräjää said: “Europe’s forests could be an excellent line of defence against climate breakdown, but this potential is being squandered as more trees are cut and burned for energy production. The EU should be restoring and protecting Europe’s forests, but instead it’s driving forest destruction by counting tree-burning as renewable energy.”

Currently, 77% of annual growth in the EU’s forests is harvested. The study found that the carbon absorption potential of these forests could be doubled if the harvesting rate was reduced to 50% of new growth. The trend is going in the opposite direction, however, as forest harvesting rates rose approximately 20% between 2000 and 2018.

Burning wood for energy is the biggest driver of growing harvesting rates in the EU, with a 47% increase in harvesting of wood for energy production between 2000 and 2018. Just by ending forest harvesting for energy use would allow additional 210.5 million tonnes of CO2 to be absorbed annually by European forests – more than the total yearly domestic emissions of the Netherlands.

Greenpeace and dozens of other NGOs are calling on the European Commission to exclude energy generated from the burning of forest wood, other than waste wood, from its renewable energy targets in its ongoing review on the EU’s climate and energy policies.

Greenpeace is calling on the EU to adopt new binding targets for forest restoration, as promised in its Biodiversity Strategy, and for targets for the CO2 to be absorbed by forests and other carbons sinks that are separate from the EU’s greenhouse gas emission reduction targets.