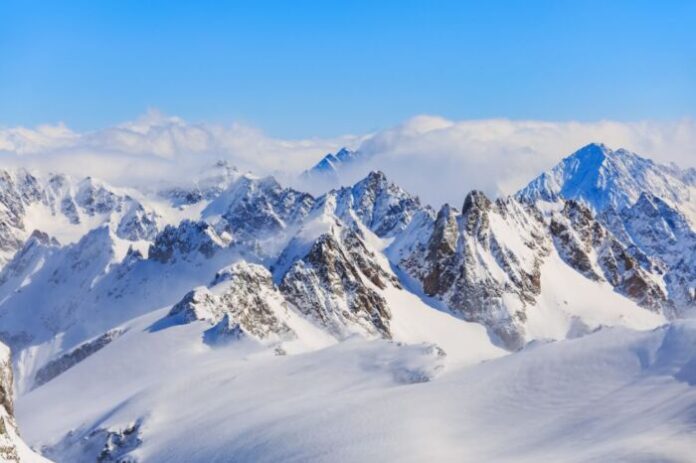 Most of the glaciers in the Alps are in danger. Up to 92% of glaciers in the Alps could melt by the end of the century due to climate change. This was revealed by a study by researchers from Aberystwyth University, Wales, and the Institute of Polar Sciences of the National Research Council (Cnr-Isp).

The 4,000 glaciers of Europe’s most important mountain range include famous ski resorts such as Zermatt in Switzerland and Tignes in France. Results from Aberystwyth University suggest that the glaciers of those ski resorts may soon disappear. Water runoff and its storage as well as alpine ecosystems would also be affected by the melting.

Research from the Welsh University covers the entire European Alps region and is based on 200 years of climate records and predictions from 1901 to 2100 and has modeled what is called the environmental ‘altitude balance line’ (Ela) of the glaciers, i.e. when the amount of snow and ice that accumulates is equal to the amount that melts or evaporates over a period of one year. This measure has helped researchers make predictions about the likely response of glaciers to climate change, which they expect will be “rapid and highly variable.”

“The ELA, clearly visible also from satellite data, is a direct thermo-meter of the state of health of a glacier in relation to the climate. If the weather changes, the ELA changes as it rises or falls in altitude. Less snow in winter and warmer in summer bring ELA to higher altitudes, if it goes above the highest altitude occupied by a glacier, this is destined to disappear, as it will no longer be able to enjoy the replacement of the old ice with the new one ”, explains Renato R. Colucci, researcher at Cnr-Isp, head of the research team and creator of this work together with Manja Žebre.

One of the biggest impacts on the local population of the Alps is on water resources: drinking water, crops, irrigation, sanitation and hydroelectricity. The research noted that popular ski destinations such as Zermatt, Switzerland, the Hintertux Glacier in Austria, and the La Grand Motte Glacier in Tignes, France could disappear.

They also found that by 2050 almost all glaciers below 3,500 meters in the Alps will likely have melted. A confirmation of what was already declared in Ansa last August by the glaciologist of the CNR Renato Colucci: “Alpine glaciers are retreating at an unprecedented speed in thousands of years – he explained – the glaciers of the Alps below 3,500 meters above sea level they are destined to disappear within 20-30 years. The average temperatures of the last 15 years do not allow it to survive below this altitude ”.

“In the last century, the glaciers of the Alps have lost 50% of their coverage. Of this 50%, 70% have disappeared in the last 30 years. What the cores made on the Greenland and Antarctic ice tell us – explains the glaciologist – is that in the last century the increase of CO2 in the atmosphere has been a hundred times faster than at any other time in the last 800,000 years. And the responsibility cannot but belong to man “.

Surgical masks can be washed and reused: here’s how

Museum Day: the eco-sustainable museums in Italy and in the world