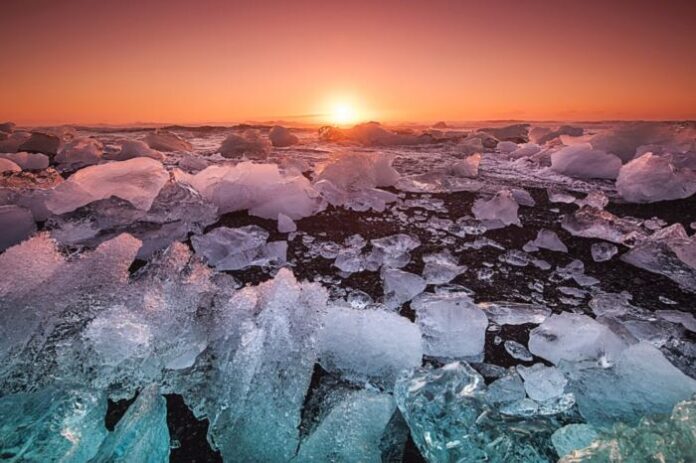 Ice on fire is the new documentary produced by Leonardo DiCaprio on climate change. It is a journey around the world to discover innovative solutions to slow down global warming, in particular reducing CO2 emissions. From Norway to Alaska, from Iceland to Colorado, from Switzerland to Costa Rica, we listen to the stories of those who every day – scientists, entrepreneurs, researchers – struggle to prevent us from reaching the “point of no return”.

Ice on fire underlines how it is increasingly urgent to exploit new technologies to reverse that process that is leading to catastrophic climate changes, often caused by man himself. The documentary represents the second collaboration between DiCaprio and Conners, who already worked on The 11th Hour, the documentary film where the problems related to global warming were analyzed. The new project instead, previewed at the Cannes Film Festival 2019, focuses on new technological possibilities, often unpublished, designed to slow down the growing environmental crisis.

Ice on Fire not only intends to show the terrible situation facing our planet, but also possible and concrete solutions to the problem, so as to offer new hope for saving the Earth. On the one hand, carbon emissions must be reduced by using both traditional and new renewable energy sources, such as tidal energy or tidal energy, while on the other hand it is necessary to implement “withdrawal” measures, focusing on abatement and seizure methods of carbon.

In Ice of Fire DiCaprio, which is also the narrator, strongly asserts the importance of the commitment of all those people who struggle to save our world, as scientists, farmers and researchers.

“We decided to create ICE ON FIRE to give voice to all those scientists and researchers who work tirelessly every day on the front line to slow down climate change – explains the actor – We wanted to make a film that showed the beauty of our planet by putting in highlights the indispensable solutions regarding renewable energy and the storage of carbon present in the atmosphere. This film does much more than show what is at stake if you proceed to be careless and indifferent to the problem and show how, with the help of the scientists most involved in this battle, all this can be fought. I hope the public, seeing it, is stimulated to act and do something to protect our beautiful planet. “

The documentary shows many places all around the world: the Usal Redwood Forest Foundation in northern California, where a carbon storage project focusing on reforestation is underway, Ron Finley’s urban farm in Los Angeles, where community members they grow the food they need, the car that cleans the air of Climeworks in Zurich, Thimble Island Ocean Farm off the coast of Connecticut, where the owner Bren Smith grows shellfish and algae that absorb more carbon than the plants, which can be used as feed and fertilizer.

Coronavirus: the collection of hospital waste is tripled