Preservatives are substances, natural or synthetic, which are added to the formulation of cosmetics but also to some foods, beverages, even drugs, to ensure their integrity and safety over time. In fact, they perform an effective action against microorganisms: they protect products from bacterial contamination, but also from fungi and molds, present in the environment, on our skin and in the air.

After opening, the cosmetics could be contaminated by these microorganisms and altered, putting the consumer’s health at risk. The preservatives prevent deterioration due to the attack of these microorganisms. It is also thanks to them that the cosmetics most subject to the risk of microbial pollution, once opened, are able to be preserved optimally for a certain period.

In fact, the Scientific Committee for Consumer Safety has intervened several times and reiterated that at the current state of knowledge these are safe substances, within the limits of use indicated in Annex V of the law. Among these it is worth mentioning parabens, a class of preservatives widely used in cosmetics as they are extremely effective and at the same time also safe. The Scientific Committee recently expressed its opinion on these ingredients and confirmed their safety when used in cosmetic products.

Preservatives are often derived from plants. For example, Methylparaben is found in minimal concentrations in blueberries. So, what is the problem? The problem is their interacting with our body and the environment. Preservatives are often acids in low concentrations or in any case substances that, due to their aggressiveness, must be used in small doses to ensure that they exert their action only on bacteria and fungi. There are many acids in nature from which eco-certified food preservatives derive which also perform well their function in cosmetics.

Sodium Benzoate: Sodium benzoate (from benzoin resin) belongs to the category of antimicrobial preservatives based on benzoic acid. It is used as a food additive (E211) as a preservative, thanks to its bacteriostatic and fungistatic properties, it performs its action optimally at an acid pH, below 3.6. It is also used as a preservative in medicines and cosmetics;

Potassium Sorbate: Potassium sorbate (E202) is the potassium salt of sorbic acid (naturally found in the fruits of Sorbus aucuparia and other Rosaceae). At room temperature it appears as an odorless white solid. It is preferred for the preservation of aqueous systems as it is much more soluble than sorbic acid. Due to its antifungal and antibacterial properties, potassium sorbate is used as a preservative in the food industry, under the name E202. It works best in environments with a pH below 6.5. It is also used as a preservative in cosmetics and its use in cosmetics is authorized at the maximum concentration of 0.81% (corresponding to 0.6% in acid);

Dehydroacetic Acid: Dehydroacetic acid is an organic compound that has various industrial applications. At room temperature it appears as an odorless, colorless to white crystalline powder, almost insoluble in water and moderately soluble in most organic solvents. Dehydroacetic acid is used as a fungicide and bactericide, also as a food preservative and corresponds to number E 265;

Benzyl Alcohol: Benzyl alcohol is an aromatic organic compound. It occurs naturally in several plants, in particular it is the component of some essential oils such as jasmine, neroli, violet and ylang-ylang. It is a preservative alcohol with antiseptic properties, therefore it tends to prevent secondary infections, thanks to its bacteriostatic effects. It is used in cosmetics and pharmaceuticals as a component of fragrances, solvent, preservative and antimicrobial. It is highly tolerated on the skin, with a low environmental impact.

To this discourse it becomes necessary to add two considerations: the first is that many essential oils carry out a preventive activity against the proliferation of molds and bacteria but are not recognized by the legislation in authorized preservatives because often the concentration necessary to overcome the voluntary inoculation of bacteria in a cosmetic (Challenge Test) could be allergenic.

The second consideration is that there are substances not classified as preservatives, which are harmful to humans and the environment, the so-called antioxidants and chelators. The former are used to prevent the fat phase from going rancid, replaceable with natural tocopherol, the latter are used to sequester the heavy metals naturally present in the water, which can be replaced with a good osmosis system in the factory where it is produced.

The consumer’s choice cannot be oriented exclusively on the preservative’s ability to perform its function precisely because over time we will progress and discover other more effective preservatives. Preservatives from renewable sources (the plant world) with a low environmental impact (shampoo residues) should always be preferred because, like “chemical” preservatives, they guarantee a product conservation suitable for its use and for the time indicated in the EAP. 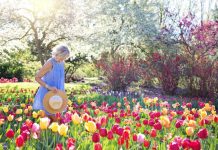 From engineer to environmental guide: my eco-friendly life