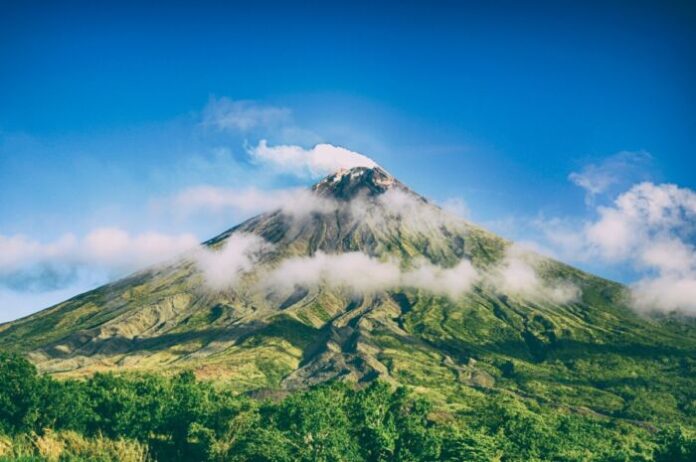 The climate changes had an increasing interest in the public opinion, just as meteorological events related to the global warming, that always more frequently determine huge damages and human victims. More attentions are dedicated to the growing influx of anthropogenic CO2 emissions into the atmosphere, causing the uprising of surface temperatures.

Several studies highlighted the “anomalous” increase of the average temperature on the Earth surface since by the half of 18th century, with a further stronger input since about 1980. The Earth has warmed starting from the Industrial Revolution and appears relatively clear the role owning by the anthropogenic emissions about the increasing of the atmospheric CO2 levels.

But the carbon dioxide concentrations into the atmosphere are not depending only by human emissions. On geological timescale, the CO2 atmospheric level is controlled by natural processes mainly as the Earth Degassing and the chemical weathering, which respectively adding and consuming carbon dioxide.

The Earth system was ever characterized by the release of endogenous gases, mainly constituted by carbon dioxide. Degassing process transfer volatile species from the solid earth (i.e. crust and/or mantle) into the atmosphere, by the combined actions of two distinct source processes named: volcanic degassing and non-volcanic or tectonic degassing. The first is a localized contribution due to the active volcanoes, showing both during eruptions and during quiescent phases, including also the hydrothermal system’s emissions. While the second one represents a more regional contribution related to the active tectonic and geothermal areas not directly due to active volcanism but favoured by crustal and structural conditions (active fault systems) permitting the uprising of fluids CO2-rich.

The chemical weathering is one of the most important process consuming the atmospheric carbon dioxide and corresponds to the chemical degradation of continental rocks outcropping on the earth surface. The main agent is rainwater, dissolving the atmospheric CO2 during its formation and being relatively acid and chemically aggressive for erosion of the subaerial continental rocks falling down to earth surface.

Therefore, there is a sort of equilibrium between the CO2 influxed into the atmosphere and that consumed, which results significantly altered by the anthropogenic emissions during the last two centuries. To better understand this perturbation and to reduce the uncertainties of climate models and future scenarios, it’s necessary to improve the knowledge of these geological processes and quantify the CO2 balance (or inorganic carbon balance).

The volcanic degassing, is relatively more studied than others, also for the abundance of surface evidences. Although an increasing number of researches have permitted flux measurements for some of the major volcanoes in the world, gas emissions both for the majority of volcanic and hydrothermal systems are still unknown. CO2 flux estimations at a global scale were made extrapolating the available data for all the active volcanoes (i.e. about 15000 that have erupted in the last 10000 years) and are between 110 and 937 Mt/year.

Even less constrained results the non-volcanic degassing, in spite of for long time was been recognized worldwide the relation between active seismic regions and the distribution CO2 gas emissions. Carbon dioxide may be released directly on the surface, from pointed emission and/or as soil diffuse degassing or released as dissolved CO2 into groundwaters (springs) and lakes. The first studies at a regional scale were performed in central-southern Italy, allowing to create the catalogue of CO2-rich gas emissions and the first regional map of non-volcanic CO2 Earth Degassing. The flux calculated for this area is about 9 Mt/year, corresponding to 2-15% of the global volcanic fluxes estimations. Actually, several studies are performing as for example in the Alps, in Southern Apennines and in some European regions, regarding a research project supported by the Deep Carbon Observatory (DCO), focused on the balance of the degassing Carbon in non-volcanic environments.

Needs to do lots of work trying to understand and possibly quantify all the other natural contributions controlling the concentrations of atmospheric CO2., To encourage researches on the quantitative balance of the CO2 earth degassing will allow to estimate the real natural contribution to the global warming during this interglacial period, as well as to better understand other purely geological related processes as the relations with seismicity, gas hazards and geothermics and its exploitation.

REWILD: a social and artistic project dedicated to Climate Change