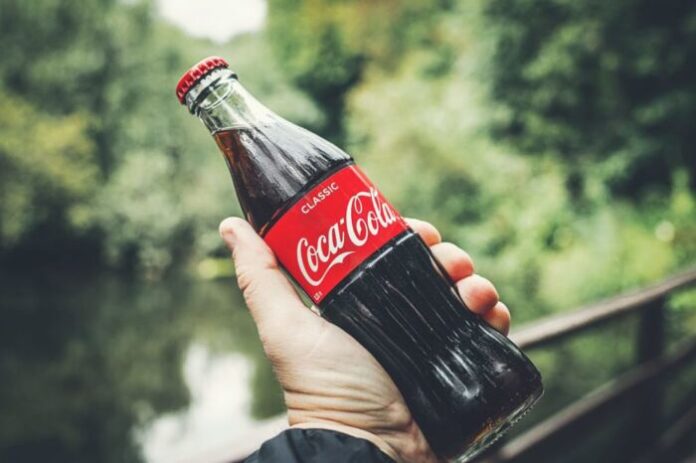 Coca-Cola was found to be the most polluted brand in the world for the second year in a row, according to a global audit of collected plastic trash conducted by the Break Free From Plastic global movement, as The Intercept reported.

While Nestle, Pepsi and snack-maker Mondelez followed Coca-Cola, the Atlanta-based beverage giant was responsible for more plastic litter than the other three combined, according to the report called BRANDED Volume II: Identifying the World’s Top Corporate Plastic Polluters.

The plastic was counted during “brand audits” where Break Free From Plastic counted plastic litter collected in 484 cleanups in more than 50 countries on six continents in September, as Vice reported.

To undertake such a large project, Break Free From Plastic enlisted more than 72,000 volunteers who scoured beaches, waterways and streets. The volunteers collected bottles, cups, wrappers, bags and scraps during World Clean Up Day on Sept. 21. After sorting through the collected debris, the researchers identified 50 different types of waste traced back to nearly 8,000 different brands. Coke was the most counted product at 11,372 identifiable pieces of plastic litter in 37 countries, according to the report, as The Intercept reported.

The numbers for Coke, PepsiCo, Mondelez International and Unilever were probably low, since more than half of the plastic had eroded to the point where it was impossible to identify which brand it belonged to. The volunteers collected 476,423 pieces of plastic waste, but only 43 percent were marked with a clear consumer brand, according to the report.

Coke was the top source of branded plastic collected in Africa and Europe. It was the second largest in Asia and South America, but fifth in North America. In North America, the most collected plastic litter was produced by Nestle, followed by the Solo Cup Company, and Starbucks, according to the The Intercept.

“This report provides more evidence that corporations urgently need to do more to address the plastic pollution crisis they’ve created,” said Von Hernandez, global coordinator of the Break Free From Plastic movement. “Their continued reliance on single-use plastic packaging translates to pumping more throwaway plastic into the environment. Recycling is not going to solve this problem.”

Recent investigations have found that only 9 percent of all plastic is recycled. Most ends up in landfills, burned in incinerators or it is dumped in the ocean. The collected litter has spurred Break Free From Plastic to urge companies to eliminate their production of single-use plastic packaging and to instead find innovative solutions, according to Vice.

The report suggested that cities adapt a zero-waste lifestyle. It also suggested brands set up a delivery system for refills, that people use traditional packaging like banana leaves, and that consumers to use their own reusable materials, as Vice reported.

Coca-Cola has recently introduced Dasani water in aluminum cans and a plastic bottle made of marine waste. Both Coca-Cola and PepsiCo have pledged to package their products in fully recyclable, reusable or compostable containers by 2025. However, Break Free From Plastic and Greenpeace balk at the beverage manufacturers actions.

“Recent commitments by corporations like Coca-Cola, Nestlé, and PepsiCo to address the crisis unfortunately continue to rely on false solutions like replacing plastic with paper or bioplastics and relying more heavily on a broken global recycling system,” said Abigail Aguilar, Greenpeace Southeast Asia plastic campaign coordinator, in a statement. “These strategies largely protect the outdated throwaway business model that caused the plastic pollution crisis, and will do nothing to prevent these brands from being named the top polluters again in the future.”

Coca-Cola responded to questions from The Intercept with an emailed statement: “Any time our packaging ends up in our oceans — or anywhere that it doesn’t belong — is unacceptable to us. In partnership with others, we are working to address this critical global issue, both to help turn off the tap in terms of plastic waste entering our oceans and to help clean up the existing pollution.”

Germany ready to give up Christmas lights to help the Planet

Climate change, a large part of Alpine glaciers at risk

Sustainable eating, 10 things you can do to save the environment