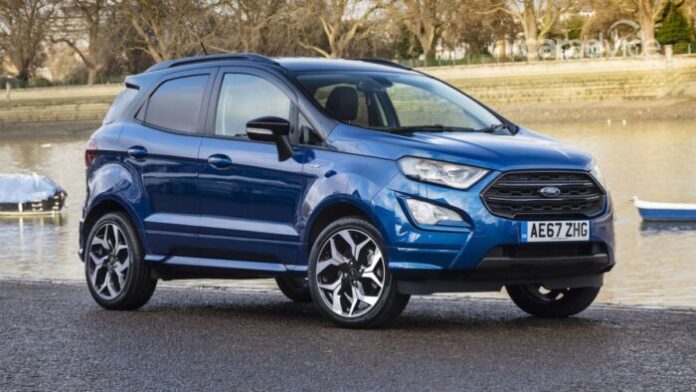 Ford has found a clever way of reusing millions of plastic bottles. Each EcoSport SUV that the company produces is fitted with carpets made using 470 single-use plastic drink bottles.

The world has a plastic problem. According to the UN, 1 million plastic bottles are purchased every minute. The vast majority of those bottles will eventually wind up in landfills, waterways, or the ocean. Untold billions of tons of plastic now litter the ocean, threatening both wildlife and the Earth as we know. In Europe as a whole, only 30 per cent of plastic waste is recycled. Plastic has gotten to be so common in our environment that scientists expect it to serve as a geological indicator for the Anthropocene era.

And since Ford launched the EcoSport globally in 2012, it has provided a new lease of life for more than 650 million 500-millilitre bottles, weighing an estimated 8,262 metric tons  and that – if laid end to end – would stretch more than twice around the world. Since first using recycled plastic in Mondeo more than 20 years ago, Ford now recycles 1.2 billion bottles globally per year.

“Consumers have a hugely increased awareness of the harm that simply discarding plastic can do – but we have long been on a mission to increase the proportion of recycled and renewable materials that are used in every new car we make,” said Tony Weatherhead, materials engineer, Ford Motor Company.

Turning plastic into car carpets first involves shredding both the bottles and their caps into tiny flakes. These are then heated to 260°C and melted down before being formed in to fibres the width of a single human hair. Those fibres are spun into a yarn by twisting multiple fibres together – and it is this material that is woven into carpets.

Sustainable development in the Italian Constitution: a legislative gap to be filled