First rule: do not waste water. An indication that is always valid, but even more so in a period of water emergency such as the one we are currently experiencing, marked by the worst drought in the last 10 years. To combat water wastage and make its management more sustainable, ENEA has drawn up a 20-point guide with suggestions and good practices, mistakes to avoid, and also solutions and technologies for saving water (and energy), especially in the residential sector. Key words: in the home, reduce losses and waste and use water more rationally; in general, adopt less water-intensive processes and systems, purification and reuse, efficiency and digitalisation of the aqueduct network, but also good practices in families and schools.

According to ENEA estimates, in homes, the energy needed to produce hot water accounts for about 25% of the total energy used, while the average consumption of water for civil (residential and tertiary) use accounts for about 20% of total consumption, with a per capita water supply (net of leaks) of about 200 litres per inhabitant per day.

“One of the biggest problems in our country is the lack of infrastructure and the inefficiency of the aqueduct network,” emphasises Luigi Petta, Head of the ENEA Laboratory of Technologies for the Efficient Use and Management of Water and Wastewater. Despite its high water supply – guaranteed by 7,594 watercourses, 324 lakes, more than 1,000 underground aquifers, and 526 dams that collect about 11% of rainfall – the Italian network in fact loses an average of 41.2% of the water injected, with peaks of 48% in national macro-environments. Even in the most virtuous areas, this percentage never falls below 20%, compared to much lower values in Europe (6.5% in Germany)’. According to ENEA estimates, the efficiency and digitalisation of the aqueduct network would allow energy savings of up to 25%.

It is also crucial to save water in the productive sectors; in our country in particular, fresh water withdrawals for agricultural uses account for about 50 per cent of the total water requirement. This means that, in order to cope with water shortages such as this one that are damaging agricultural production, it is essential to make irrigation techniques more efficient by using those with greater efficiency (subsurface irrigation, under-irrigation, drip irrigation) and to focus on research and technological innovation to encourage the reuse of treated wastewater. With this objective in mind, ENEA has developed a technologically advanced prototype that can monitor the quality of purified effluents in real time and establish their optimal uses, including first and foremost the irrigation of cultivated fields, with benefits in terms of greater water availability, nutrient supply, and the consequent reduction of chemical fertilisers, improving environmental sustainability, quality and safety in the purification chain.

“Water is a precious resource. The problems related to its availability, whether they be related to lower rainfall on a seasonal basis, drought, or excess demand compared to the usable water resources, affect many areas of the national and European territory and require actions at the local and multi-sectoral level, to be planned over the long term avoiding the use of emergency-type intervention logics,’ Petta emphasises. “In addition, growing urbanisation and increasingly high living standards are further critical factors that make optimal and careful management of the resource necessary”. 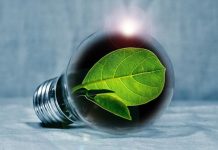 Rising bills, the 20 ENEA tips to save money and help the environment