Even poets are taking action for the climate. In fact, the “European Festival of Environmental Poetry” is returning to Rome, just as the UN summit on global warming (Cop26) is being held in Glasgow. The event, organised by the cultural start-up Saperenetwork, will be held from 30 October to 11 November and will involve no less than 20 voices of contemporary poetry in seven different countries working on the themes of ecology, reconciliation with nature and protection of the planet. Together with them, numerous experts, teachers and scholars, directors and musicians, who will integrate and deepen the message through dialogue with the public.

The “European Environmental Poetry Festival”, promoted by Roma Culture, is the winner of the public notice Contemporaneamente Roma 2020-2021-2022 edited by the Department of Cultural Activities and is realised in collaboration with Siae. A literary festival with individual and group readings, seminars, screenings and writing workshops, with in-person events (some aimed at schools, others open to the public) documented entirely on video and broadcast in streaming. All with a special focus on the new generations, those most attentive to the needs of the environment and who are also mobilising for the climate through creativity.

Environmentalism, through science, mobilisation and the various forms of communication, has long been positing the need for us to evolve towards models of coexistence with low carbon emissions, which are fairer and more respectful of the planet’s systemic balances,” explain Angiola Codacci Pisanelli, Marco Fratoddi and Carlo Pulsoni, artistic directors of the Festival. – Poetry too, through the international network of poets for the environment that participates in the various editions of our festival, can contribute to an authentic ecological transition, involving people in their deepest dimension, which is indispensable for finding a new idea of well-being. And young people, as is also shown by the poetry workshops we are holding in recent weeks, confirm their interest in this idea of the future.

At the centre of the festival – which benefits from the scientific contribution of the cultural magazine Sapereambiente and the magazine Insula Europea – will be first and foremost Andrea Zanzotto: the great Treviso poet, deeply inspired by the landscape, biodiversity and the trauma that indiscriminate development brings to nature, whose birth centenary is being celebrated this year. As a tribute to his figure, the documentary “Logos Zanzotto”, presented at the last Venice Film Festival, will be screened as a world premiere in Lazio, in the presence of director Denis Brotto (live streaming, Saturday 6 at 5 pm).

But #Fepa21 will also celebrate Zanzotto, a great experimenter of languages and poetic visions, through the valuable contribution of the poet Luciano Cecchinel, a pupil of Zanzotto’s and linked to him by a long friendship and collaboration. Luciano Cecchinel, winner of the 2020 Viareggio Prize for his dialectal poems, whose complete works edited by Giorgio Agamben will be published by Quodlibet in 2022, will talk to the students of the Liceo Francesco D’Assisi during “Poema elettronica dall’alveare“: a performance/workshop organised by the group “Tobees – Sonorizzazioni per la biodiversità“, which samples and transforms the buzzing of bees into music (3 November at 10 a.m.). At 3 p.m., Cecchinel will give a Lectio Magistralis at the Faculty of Letters and Philosophy of the Sapienza University of Rome, Department of European, American and Intercultural Studies, in the presence of the Dean of the Faculty, Arianna Punzi, and the Professor of Modern and Contemporary Italian Literature, Cecilia Bello.

The festival programme includes further meetings with the author in schools (also available live on stream), several eco-readings with new generation eco-poets. There will also be a special project “KRILL” for teacher training to introduce eco-poetry and eco-theatre to children in schools.
Last but not least, there will be creative poetry writing workshops that will lead to the Climate Speaks – Italy contest: a special event to be held at the Teatro Centrale Preneste on the eve of the closing of Cop26 (Thursday 11 at 10.00) and inspired by the initiative promoted in New York by the “Climate museum” together with the NYC Department of Education’s Office of Sustainability. The young people taking part in the poetry writing workshops will present their speeches in a competition with the sole aim of joining forces for the planet. 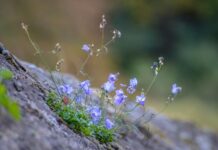