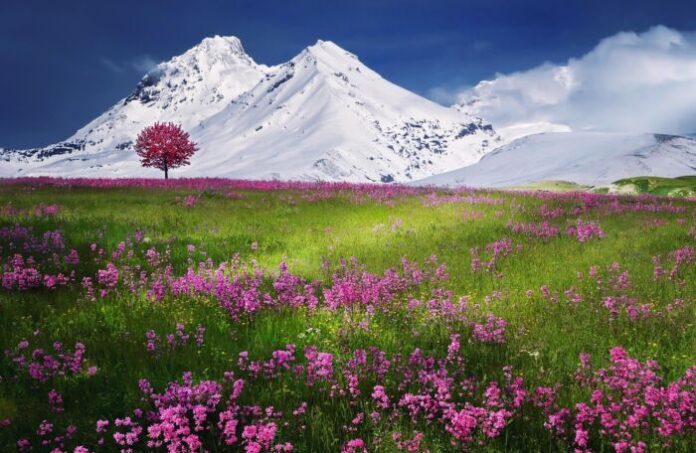 Thanks to new data made available by the latest satellite campaigns, it is now possible to observe the changes in snow and vegetation cover associated with climate change and how they have modified the amount of solar radiation reflected locally from continental surfaces (local feedback effect on climate warming). The results of work carried out by an international research team coordinated by the Institute of Atmospheric Sciences and Climate of the National Research Council (CNR-Isac) in Bologna, Italy, show how climate change in recent decades has led to large reductions in snow cover and large expansions of vegetation that can amplify (positive feedback to global warming) or counterbalance (negative feedback to global warming) the increase in temperatures in different regions of the northern hemisphere.

“Innovative analyses, conducted by combining together for the first time climate data with over 30 years of satellite observations of snow cover, vegetation and surface reflectivity to solar radiation, have quantified a remarkable spatial diversity of the effect due to snow and vegetation,” explains Andrea Alessandri of CNR-Isac. “In regions dominated by the effect of snow reduction (high latitudes and/or high elevation above sea level) a large increase in absorbed solar radiation is estimated, which contributes to an amplification of the temperature increase due to global warming (positive feedback effect).

“Our results have shown that, overall, vegetation has exerted a negative feedback effect during the last 30 years with a tendency therefore to counteract increasing temperatures due to global warming. These results provide an unprecedented observational reference for the development of next-generation Earth system models which are needed to assess strategies to mitigate future climate change,” conclude Andrea Alessandri (CNR-Isac) and Franco Catalano (ENEA).

Fairphone 3 is the new sustainable smartphone