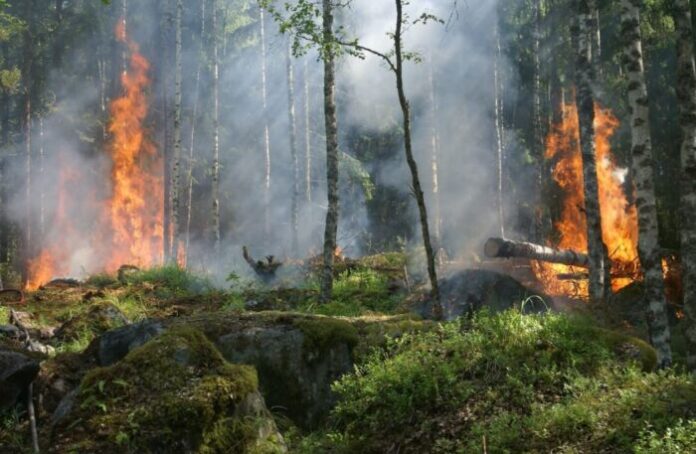 The collection of biomass for industrial energy use, in fact, endangers the world’s forests, whose protection is instead essential to face the current climate crisis and to protect biodiversity.

What not everyone knows is that this practice is supported by public subsidies. In Europe, for example, nearly 7 billion euros a year are spent on subsidizing wood burning. An immediate consequence was the increase, in just five years, in the use of pellets, which went from 17 Mt in 2013 to 26 Mt in 2018. Figures even more worrying if you consider that the fossil energy industry has eyes on woody biomass and growing interest in the conversion of European coal-fired plants to wood combustion

During the European Council of 10 and 11 December 2020, the member states of the EU agreed to strengthen their commitment to reduce greenhouse gas emissions over the next decade. The European Council therefore approved a binding target for the net reduction of greenhouse gas emissions by at least 55 percent by 2030, compared to 1990 levels. It also called on the European Parliament to reflect this new target in European law. on climate and energy. This step is of great importance because it was the Renewable Energy Directive that defined wood combustion as “carbon neutral” and therefore encouraged the use of woody biomass of forest origin for the generation of heat and electricity.

The 500 scientists who wrote the letter – first signatory the prestigious Peter Raven – believe it is senseless in terms of climate, biodiversity conservation and energy, to cut down entire trees and burn them to produce energy by releasing carbon that otherwise would have remained stored in the forests, given that they exist. much better and more sustainable alternatives, such as solar and wind.

The letter was also signed by Gianluca Piovesan, professor at the University of Tuscia: “Harvesting biomass for industrial energy use in the forest does not constitute a solution for the climate emergency, but rather given the very narrow time horizon (2030-2050) an aggravation of the problem. In fact, it takes a long time to accumulate carbon in wood, while burning it instantly releases into the atmosphere all the CO2 accumulated over decades or even over the centuries. Furthermore, the forests affected by biomass withdrawals, operations with high energy input and high environmental impacts, pass from carbon sink to CO2 source. Numerous scientific articles and repeated appeals to government institutions by scientists have highlighted the environmental risks associated with the forest biomass supply chain, underlining the non-compliance with the climate and biodiversity conservation objectives for 2030. “

Greenpeace, along with other NGOs, also asks the European Commission “to exclude the energy generated by the combustion of wood (with the exception of wood waste that cannot be recycled otherwise), from the renewable energy targets in the ongoing review of EU energy and climate policies ”.

Greenpeace, the website reads, “asks the EU to adopt a shared vision of EU forests with new binding targets for their restoration and protection, in order to significantly strengthen their CO2 absorption capacity. To avoid greenwashing and false solutions, these objectives will have to be treated separately from the objectives of reducing greenhouse gas emissions ”.

Athenathon: the European digital marathon for the environment

Covid, WHO: “Don’t use gloves, they increase the risk of infections”