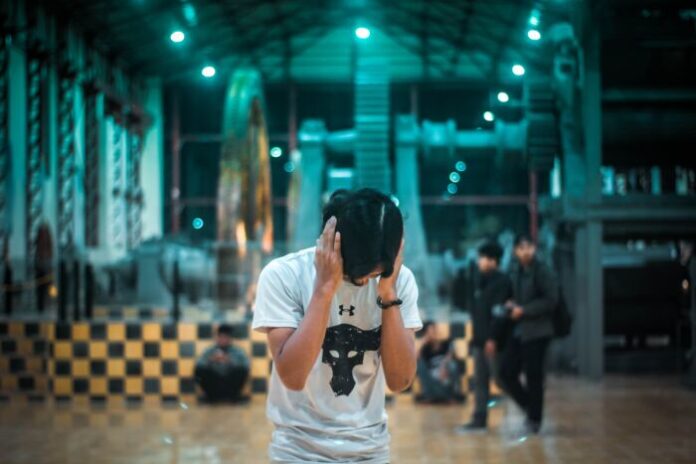 If air pollution remains the main European environmental threat to health, with over 400,000 premature deaths in a year, there is another type of pollution, noise, which is equally devastating and lethal. In fact, 12 thousand premature deaths in one year are caused by excessive exposure to sounds and high intensity noises, with 48 thousand new cases of ischemic heart disease.

The growing and thumping noise that accompanies the day of millions of people, especially in metropolitan areas, has very serious consequences on the health of many Europeans. Few data are enough: more than 100 million people are exposed to harmful levels of noise pollution and this exposure contributes to 48,000 new cases of heart disease and 12,000 premature deaths each year.

These numbers were disseminated by the European Environment Agency, cited in a note by ARPAT, according to which noise pollution ranks second, after air pollution, among environmental threats to health in Europe.

“Despite these numbers – writes the Tuscan Environmental Protection Agency – there are still many people who do not realize how much noise pollution impacts on their health. The constant levels of traffic noise, for example, in addition to hearing damage, more commonly recognized, can cause other unrelated effects, such as ischemic heart disease, hypertension, obesity, diabetes, etc. “.

1.The data emerging from a new briefing by the European Environment Agency, which assessed the health risks due to exposure to environmental noise in Europe, confirm what has already been highlighted in the report of the first months of 2020 Noise pollution in Europe – 2020. Far from reassuring news despite the fact that we already have a European Directive on environmental noise since 2002 and new WHO guidelines since 2018.The briefing uses three different indicators to assess health risks due to exposure to environmental noise: Population exposed to noise levels higher than those recommended by the World Health Organization, coming from different sources (roads, railways, airplanes, industry ). This indicator shows that the majority of those affected live in urban areas and that road traffic noise remains a serious environmental health problem in Europe: 113 million people are in fact exposed to long-term traffic noise, day and night, due to a value of at least 55 decibels (dB) or higher, 22 million for noise from rail traffic, 4 million for aircraft noise and 1 million for noise generated by industrial settlements (see table below). Overall, the number of people exposed to noise sources seems to have remained stable since 2012, however it is expected that noise pollution will increase due to the growth of the population in urban centers and the consequent increase in the demand for mobility.

2. Number of people who suffer specific health effects due to exposure to noise; the range and extent of the negative impacts of noise on health in Europe are significant and range from annoyance, sleep disturbances, ischemic heart disease, mortality due to ischemic heart disease and even learning disabilities in children. People in urban areas are the most affected and the main source contributing to the negative health effects is road traffic noise. Long-term exposure to environmental noise is estimated to contribute to 48,000 new cases of ischemic heart disease and 12,000 premature deaths each year in Europe. In addition, 22 million people suffer from severe ailments and 6.5 million chronic sleep disorders. It is estimated that over 12,000 students suffer from learning disabilities due to the noise produced by air traffic.

3. Noise sickness burden; the indicator estimates how much the disease affects the life of the population, combining the burden of mortality, in terms of years lost due to premature death from disease, and morbidity, in terms of years of life negatively affected by the disease. One million years of healthy life are lost every year due to health effects including discomfort, sleep disturbances and ischemic heart disease. Discomfort and sleep disturbance make up the bulk of the noise-related disease burden

The only good news is that the reduction – albeit in the short term – of noise during blockages and mobility restrictions this past year has allowed many people to experience the immediate benefits of quieter cities, as Arpat explains, which calls on politics to make more courageous structural choices.

Circular economy, Ikea will sell spare parts for its furniture