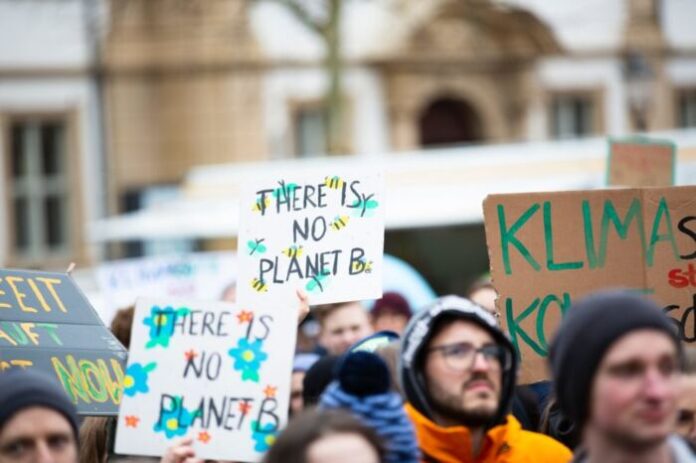 Joe Biden’s victory is the victory of the environment. One of the first steps of the newly elected president will be the re-entry of the United States into the Paris climate agreement, signed by Obama in 2015. The task of mending the tears on the environment and energy policies will be one of the first challenges that Biden will face and it is likely that it will do so in the first 100 days of its mandate, which officially kicks off on January 20.

In his first speech as president-elect, Biden inextricably linked the economy and climate action, which will go hand in hand in the president’s agency. This is how Biden presented his proposal on the environment and energy, to the point of repeating that when he thinks about the response to climate change and the energy transition, he thinks about new jobs. A little to shield themselves from the criticisms of the Republicans, a little to give a new framing, all positive and acceptable for Americans, to environmental protection. So much so that his plan is often defined by his team as a climate-and-jobs plan.

Environment and energy have been major issues in this latest US election, according to many exit polls. Morning Consult found that 74% of Biden voters described climate change as “very important” to their vote. Another exit poll from Fox News and Associated Press found that 67% of voters, not just those who vote for Biden, support “increased public spending on green and renewable energy.”

The major coordinates of Biden’s action are already known. He illustrated them last July: USA immediately into the Paris agreement on climate and the promise of achieving climate neutrality by 2050, aligning the States with the European Union. All this, creating 10 million ‘green’ jobs, mainly thanks to the expansion of renewables and research and development functions.

Returning to the Paris Agreement would be an important step – Biden promised to do so on the day of his inauguration – but only symbolic. Because immediately afterwards it will have to enact laws that allow the country to reach its climate goals, as well as set new and more ambitious ones. And this part is anything but simple. In the short term, Joe Biden can use the same tool as Trump, namely executive orders. Doing so would immediately set the process in motion. But it is a weak tool, because any decision made by executive order can be dismantled by a forthcoming Republican administration.

The first executive orders – sources close to the newly elected president report – will instruct federal agencies to decide new limits for methane for oil and gas wells, to restore and strengthen fuel economy standards and to strengthen efficiency standards for household appliances and buildings. But they could also push for more transparency from finance on climate change risks. Among the most anticipated steps is the dismantling of a Trump flag measure, in which all federal agencies were ordered to freeze all their climate policies.

Biden also said that on the first day of his administration he will sign an executive order to restore the conservation of 30% of the US land and water by 2030. That would stifle the possibility of new offshore drilling, especially in the Arctic.

But it doesn’t stop there. Among the measures announced are the abandonment of fracking, but only from federal land, and the push for carbon capture and storage (CCS), an aspect that is seen by many as a lifesaver for fossil companies. Chevron and Exxon Mobil increased donations to the Democratic campaign this year, compared to past presidential elections. And one of the advisors Biden listens to the most is Lonnie Stephenson, president of a union, IBEW, which represents nearly one million workers and who pushes to cut emissions but without discarding non-renewable sources.

The biggest obstacle is Congress. The Senate remains in the hands of the Republicans and all the bills must pass through that chamber. Joe Biden’s climate action is already shaping up to be a difficult battle but the premises on the eve are good and the newly elected president has already shown the will to fight to defend the environment from chosen actions that are leading him to catastrophe.

How to protect the skin from the first spring sun

Energy communities, Italy will soon be able to produce and share energy

Hiking Checklist: what to bring on a one day hike

ENEA and Shell Energy together for the hydrogen supply chain