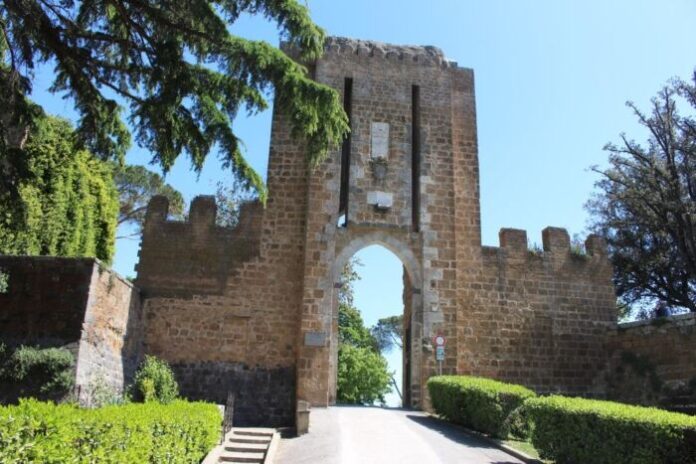 Linked since the late Villanovan period, the centers of Bolsena and Orvieto present a vast wealth of natural landscapes and historical-cultural treasures. The union between the natural element and the anthropic element is very close, which will make the trip even more pleasant.

Starting from Bolsena, you can not help but stroll through the historic center, where you pass from typically Renaissance buildings and buildings to the medieval alleys of the Castello district. Above all, the Rocca Monaldeschi della Cervara dominates, built between the thirteenth and fourteenth centuries; at first the main tower and the north wall were built, later more towers were added, the perimeter walls and the interior.

Since 1991 it has been the home of the Territorial Museum of Lake Bolsena, where finds relating to the Etruscan era are preserved, mostly from the necropolises in the area, and evidence relating to the ancient Roman city of Volsinii, with pottery, lamps, funerary epigraphs and Roman votive and much more; a geological section with several samples of rocks and a naturalistic section with a large freshwater aquarium in which to admire a reproduction of the underwater life of the lake complete the visit to the museum.

Also worth visiting is the Collegiate Church of Santa Cristina, built in the 11th century in Romanesque style, famous for the Grotto of Santa Cristina, where a basaltic stone with the footprints of the martyr is preserved, having stepped on the stone before being pushed into the waters of the lake with a boulder tied to the neck, by order of his own father, Roman prefect, who had not accepted his conversion to Christianity; from the cave there is a complex of catacombs, dating back to the II-V centuries AD. C.

The Collegiate is also famous for the Eucharistic miracle, which would have occurred in this church in 1263, when a priest, who had doubts about the real presence of Christ in the host and in the wine, in celebrating mass saw the host bleed on the corporal. The event is noteworthy because following this the Corpus Christi feast was established and the majestic Cathedral of Orvieto was built to guard the corporal.

After having dedicated a relaxing walk to the lake shores, you can continue on foot through a path on a paved Roman road, which climbs into the bush and continues to offer surprising and picturesque glimpses of the lake. Along the road there is the Etruscan necropolis of Lauscello, where it is possible to visit, with the help of a torch or a front lamp, some of the open tombs.

Arriving in Orvieto, the route could start first of all on a journey around the spectacular cliff on which the city stands. Along this path are located both the Etruscan necropolis and the sanctuary of Cannicella and the Etruscan necropolis of the Crocifisso del Tufo, with rectangular chamber tombs. They can be accessed by going down a few steps and on the lintel of the doors you can see engraved the name of the deceased and the family they belong to.

A short visit must include some fundamental stages within the historic center of Orvieto: the Pozzo della Cava from the Etruscan era must certainly be seen, but adapted by Pope Clement VII in 1527. Furthermore, the Pozzo di San Patrizio, a work designed to provide water in case of calamity or siege at the behest of Pope Clement VII, it offers a descent for hundreds of steps to the bottom, with many windows open in the barrel. The Albornoz fortress, with its towers and walls, now houses the main public gardens of the city and offers a beautiful panorama of the valley below.

You cannot do without a visit to the Palazzo del Popolo with the beautiful square in front and the Torre del Moro, from which you can have one of the most beautiful views of Orvieto. Finally, the most precious jewel, the Cathedral of Orvieto, with the facade of indescribable beauty, decorated with bas-reliefs and mosaics, as well as numerous statues; the interior will amaze with the Corporal Chapel of the miracle of Bolsena, the monumental pipe organ and the Chapel of San Brizio, whose pictorial decoration was started in 1447 by Fra Angelico. Entering the latter chapel leads the visitor to get lost in the paintings, completely surrounded and sensorially impressed by the colors and images placed in every single corner of the walls.

For those who have more time, Orvieto offers much more with its museums, its beautiful churches and palaces; another small pearl is hidden under Orvieto: by booking you can get to know the underground Orvieto, which still reserves many surprises.

Trips where time spent does not count, but the quality and depth of moments lived.

Shark Awareness Day: in the Mediterranean a real slaughter