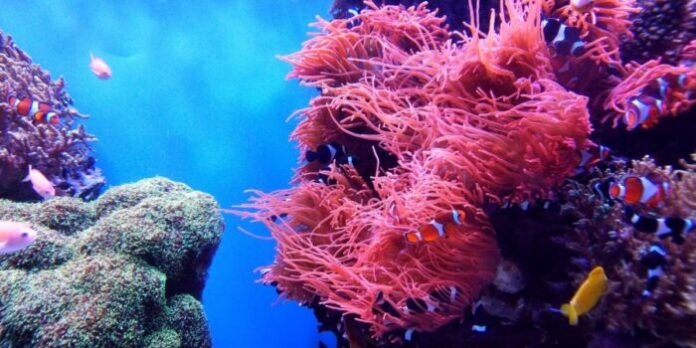 Climate change is leading to a loss of biodiversity but some species, both animal and plant, have found a way to counteract the rising temperatures and have developed survival strategies that allow them to cope with changing climatic conditions. This is the case of Mediterranean corals, which have literally been reborn, although they were thought to have died due to exceptional heat waves.

The discovery was carried out by a team of scientists carried out during an expedition near the Spanish islands of Columbretes, an uninhabited volcanic archipelago in the province of Castellón. The study, reported in the journal Science Advances, was conducted by the German researcher Diego Kersting and his Spanish colleague Cristina Linares, and analyzed 243 coral colonies of the specia Cladocora caespitosa.

In the 16 years of study, the two experts had documented almost exclusively the mortality, due to the rise in sea temperatures. The recent discovery, which left scientists particularly surprised, is that some corals have instead developed a “survival strategy” in the face of climate change.

Coral colonies are made up of tiny creatures called polyps, which over time build, on the basis of their soft body, a skeleton of calcium carbonate (limestone). “One day we began to observe living polyps in some colonies that we believed completely dead,” explained Kersting, who warned: “It is essential to block climate change.”

Many corals have adopted the same strategy. In fact, scientists have shown that in 38 percent of the cases they had first portrayed themselves and then abandoned the old skeletons and, within a few years, developed new ones. The scientists hope is that the phenomenon can also reproduce elsewhere, starting with the Great Barrier Reef in Australia.

However, Kersting points out that the good news should not lead us to believe that the problem of coral survival in the face of global warming has been solved: “The exceptional heat waves are now multiplying in the Mediterranean as well as elsewhere in the world. Whenever this happens, between 10 and 15 percent of the coral cover is killed. It is therefore clear that climate change must be stopped ”. Otherwise, even the surprising reaction of the corals “will not be enough”.

2020 is the year of forests: trees must be planted and protected

A new way of experiencing the mountains against climate change