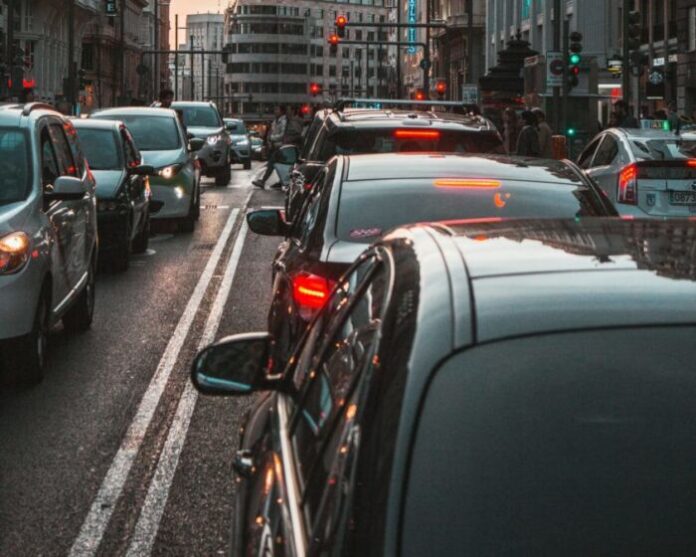 Over the last few decades, car manufacturers have gone to great lengths to demonstrate that they understand the threat their products pose to society by promoting “greener” vehicles at motor shows or advertising that their huge concern for our wellbeing, especially that of our children.

According to a new report by Greenpeace and Greenpeace Germany, their corporate decision making tells a very different story — one in which the carbon footprint of global car industry equals 9% of global greenhouse gas emissions in 2018.

That means the car industry spews out more than all the emissions from the thousands of factories, power plants, agriculture, aeroplanes in the entire European Union. If pumping out that much toxic, climate-warming pollution is their way of keeping us safe, then I think it’s fair to say, the car industry is officially gaslighting us.

In 2018 alone, Volkswagen’s carbon footprint exceeded the annual greenhouse gas emissions of Australia. Ford, General Motors and Fiat-Chrysler have the largest carbon footprint per vehicle due to car sales in the U.S. being dominated by large SUVs and pickup trucks. Hyundai-Kia’s plan to aggressively increase the proportion of SUVs in its product portfolio will inevitably lead to higher CO2 emissions.

Let’s be real: automakers like VW, Renault-Nissan and others on the list are driving climate change. They’re not doing remotely enough to join us in moving towards a liveable — and breathable — future. These companies have exploited loopholes, manipulated data, and installed devices on their products to cheat regulation tests while lobbying against strong climate regulation and failing to market shared or electric vehicles in any meaningful way.

What’s most infuriating about the car industry is its complete unwillingness to address the climate emergency they helped create and accelerate. They are totally failing in the transition away from diesel and petrol cars. Promoting hybrid cars and improving efficiency are nothing but band-aid solutions to a serious crisis.

And it’s not like the world is begging to drive fossil-fueled cars exclusively — it’s that the industry refuses to innovate in a way that greatly limits people’s freedom to choose transportation that’s greener, cleaner and safer for the climate and our health.

In signing the Paris agreement, world leaders agreed on the need for a rapid transition to a climate-friendly transport system to prevent the planet from warming above 1.5 degrees. That means improving and extending public transport and creating networks run on renewable energy, investing in cycling and walking infrastructure, and increasing the safe uptake of micro-mobility solutions.

But it’s not just up to policymakers. The car industry needs to up its game, and phase out all diesel and petrol cars (yes, even hybrids). We want to see an end to new car sales by 2028, and instead have car manufacturers producing vehicles that are smaller, lighter, more energy-efficient and electric.

That’s why we’re at the International Motor Show in Frankfurt this week — the largest car show in the world — to send a message to the industry directly. On September 14th, they’ll be met by thousands of protesters from all over, cycling, walking, and demonstrating for a climate-friendly future.

MedArtSal: the project enhancing the treasures of Mediterranean artisanal salinas

Woodvivors, Italy from South to North on the back of a mule

Electric mobility: the die is cast, but opinions remain divided