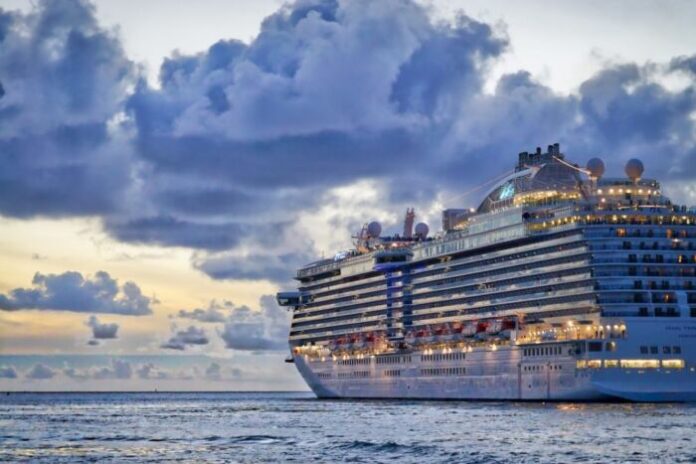 Venice is the Italian city most exposed to air pollution by cruise ships. The lagoon city ranks third overall in the ranking compiled by Transport & Environment that, in its report, examined 50 European port cities. In absolute terms, Barcelona is in first place, ​​followed by Palma de Mallorca. Fourth place is occupied by another Italian, Civitavecchia, followed by English Southampton.

If we look at national data, however, the countries most affected by the toxic fumes emitted by the luxury tourism of the giants of the seas are Spain, Italy and Greece, followed closely by France and Norway.

The European seas are lined with 203 cruise ships, which sail mainly in Mediterranean waters, releasing 62,000 tons of sulfur oxides, 155,000 nitrogen oxides, 10,000 fine particles and more than 10 tons of CO2 into the air. Just over 200 cruise ships, in particular, produce about 20 times more sulfur oxides than all the cars in Europe. According to the report, Costa Crociere and MSC Crociere are the companies that emit the most pollutants in the seas of the Union.

Mediterranean countries are so exposed because they are major tourist destinations, but also because they have less stringent marine sulphur fuel standards which allows cruise ships to burn the dirtiest most sulphurous fuel all along their coastlines. In the North Sea, however, a so-called “Sulfur emission control area” is in force, which has led to a halving of emissions thanks to a limit to the sulfur content of fuels set at 0.1 percent.

Faig Abbasov, shipping policy manager at T&E, said: “Luxury cruise ships are floating cities powered by some of the dirtiest fuel possible. Cities are rightly banning dirty diesel cars but they’re giving a free pass to cruise companies that spew out toxic fumes that do immeasurable harm both to those on board and on nearby shores. This is unacceptable”.

In Italy, as in the rest of Europe, cruise ships release many more toxic substances than cars in the air, greatly increasing the concentrations of poisons to which citizens are exposed. In Civitavecchia, where 76 ships stop for a good 5,466 hours a year, the emission of sulfur oxides is equal to about 22,293 kilos, almost 55 times the quantity produced by the 33,591 cars circulating in the city. To these we add over 500 thousand kilos of nitrogen oxides, equal to 381 times those emitted by the circulating vehicles and 8,898 kilos of particulate matter. At the twelfth place of the ranking we find Naples, followed by Genoa. Then La Spezia (18th), Savona (20th), Cagliari (30th), Palermo (35th), Messina (36th), Bari (50th).

Moreover, recent studies have shown that the fumes produced by the giants of the seas also determine an increase in the risk of tumors, the incidence of asthma, neurological diseases and can cause serious damage to the cardiorespiratory system as well as to the development of the child’s organs.

Faig Abbasov proposed a solution that necessarily passes from a common government action: “There are enough mature technologies to clean up cruise ships. Shore-side electricity can help cut in-port emissions, batteries are a solution for shorter distances and hydrogen technology can power even the biggest cruise ships. The cruise sector are apparently not willing to make the shift voluntarily, so we need governments to step in and mandate zero emission standards”.

In India, old plastic bottles to pay for school fees