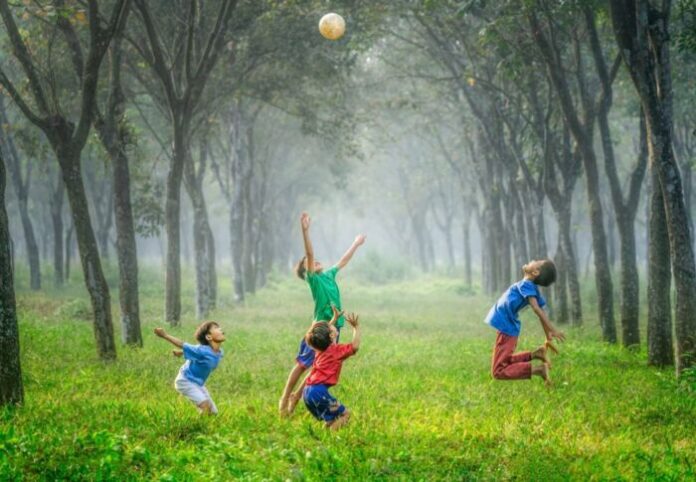 Contact with nature is good for children as well as adults. Being outdoors, in fact, compensates for many of the ailments associated with confinement in urban spaces, and especially indoors, in children and young people, and affects brain and emotional development in a positive way.

Collecting the most recent scientific and pedagogical evidence, WWF has drawn up the 10 factors that are improved or developed by contact with Nature: as a whole they have a positive effect that goes far beyond the simple ‘breath of fresh air’.

Nature may seem less stimulating than a video game, television or the web, but in reality, according to writer and pedagogist Richard Louv, “it activates more senses: seeing, hearing, smelling and touching outdoor environments. As young people spend less and less their lives in a natural environment, their senses shrink and this reduces the richness of human experience ”.

According to the Attention Restoration Theory, urban environments, by contrast, require what is called direct attention, which forces us to ignore distractions and exhausts our brains. In natural environments, we practice a type of effortless attention known as soft charm that creates feelings of pleasure, not fatigue.

The natural world is complex, much more than any man-made environment, and it evolves over time: day after day, from season to season, over the years: it does not come with an instruction manual for use and leads to confrontation. with the unpredictable. The incisiveness of direct experiences never concern only the cognitive sphere, but involve the whole individual in his physicality and affectivity.

The benefits of contact with nature summarized by the WWF in “10 things you don’t know” start with wellbeing, self-discipline, the reduction of depressive disorders and problematic behaviors for children who frequent green areas. Nature effect also in Prevention, since carrying out physical activity outdoors harmoniously develops the musculoskeletal system, prevents cardiorespiratory, metabolic and tumor diseases. Playing in open spaces is also a formidable anti-stress and ‘anxiolytic’, compared to the effects of playing indoors.

Growing up in nature also stimulates sociability, promoting interaction between peers, autonomy, containing stress and improving self-esteem. Intelligence is another of the factors most influenced by life in a green environment: according to a study carried out on a sample of children in Belgium and published in August this year in Plos Medicine, the strengthening of the IQ is one of the positive effects of growing in green urban spaces, as well as lowering the levels of problematic behavior.

Out of 620 children between the ages of 10 and 15, a 3% increase in the greenery in their neighborhood increased their IQ score on average 2.6 points. This fact has been observed both in well-off areas and in the most disadvantaged ones. There was already significant evidence on the ‘green spaces’ effect on cognitive development, but this is the first research that specifically examines the Intelligence Quotient.

The cause is still uncertain but could be linked to lower stress levels to which children playing in green areas are subjected, to greater playful activity and social contact or simply to living in a quieter environment.

Other research shows that even in the management of particular disorders that are increasing among minors, that is the difficulty of concentration and attention, including ADHD (attention deficit hyperactivity disorder), an improvement is noted by dispensing children ‘doses of nature ‘, a safe and inexpensive tool. In fact, in children who live near green areas, the volume of the prefrontal and premotor cortex is greater: in fact, these are the brain regions involved in working memory and attention maintenance mechanisms.

Other important aspects in the growth and development of children are Empathy and Creativity: restoring contact with nature satisfies an innate need for which fascination and empathy are felt with respect to other forms of life. Socio-biology has also shown that children who play in contact with nature are more creative and collaborative. Finally, the ‘nature effect’ also on the sense of community, a prerequisite for building a future citizen driven to defend the common good: living and playing in the green strengthens the sense of belonging to a healthy community.

Covid vaccine: all you need to know about the risks and benefits

Coronavirus, on the beach ecological booths to guarantee distances